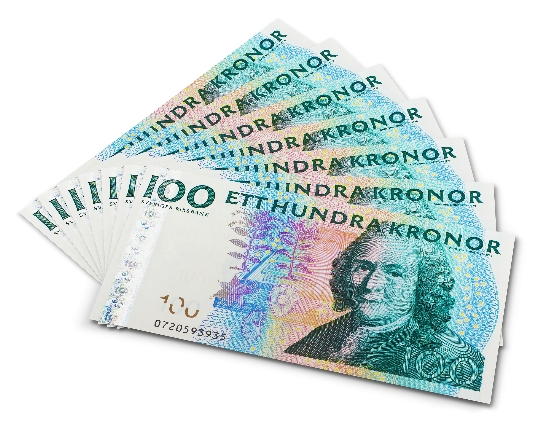 Despite the fact that in 1995, Swedenjoined the European Union, the country fully retains the ability to use the national currency, which was and still is the Swedish krona. Sweden have enough money greater impact on the international market, in spite of its independence from the euro, but the latter (as well as US dollars) can be used for some internal calculations at the household level.

History of the Scandinavian money and a special place SEK

The Swedish krona was born at the dawn of the baseScandinavian Monetary Union, which united three countries: Sweden, Denmark and Norway, and lasted until the First World War. After the collapse of the unity of the country have decided to keep the main title, adding a sign of nationality, with the result that today we can see the crown of Sweden, Norway and Denmark.
In the period of global crisis 70sSwedish currency endured the so-called Big Bang due to the devaluation of 16%. The term "Big Bang" was taken from astronomy, and was intended to signal the beginning of a new era in the country's economy.

The euro and krona: that expensive

Despite its membership in the euro zone,Sweden maintains a national currency as basic currency. It is known that one of the conditions for entry into the European Union is the introduction of the euro to the status of national currency. However, according to the results of the national referendum in 2003 56% of people from 80% of voters voted for the preservation of the Swedish krona as their currency.
As the country retains membership in the European Union,the euro can be used by tourists for any private settlement in the territory of Sweden. Thus, the question of which currency to take to Sweden, disappears by itself: whether it is the Swedish krona or euros - no one will be left without service.

If you wish to make an exchange in Sweden,safer and more profitable just to use the services of banks. In that case, when an urgent need to exchange money for the weekend, the services provided exchange points in airports, hotels and post offices. Remove the required amount from the card can be in the ATMs, which operate around the clock and seven days a week.
As for credit cards, in the country there is norestrictions for their use; the same applies to traveler's checks. In the matter of tipping Sweden is a European country, because the dimensions of "tea money" amount to the standard 10%. Alternatively, the support staff as a thank you, you can keep the change or to round the amount up to the whole.

Rest in Poland in March, prices and ...