Home>Articles about Sweden>The national drink of Sweden. Alcohol in Sweden: the price, the export, the export rate of alcohol

The national drink of Sweden. Alcohol in Sweden: the price, the export, the export rate of alcohol 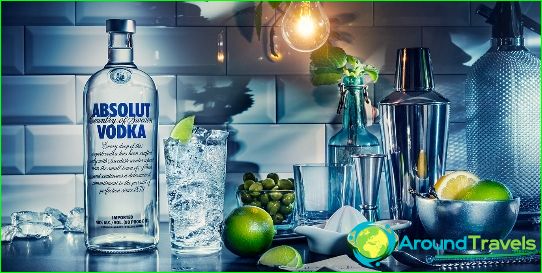 In addition to ABBA, SAAB and Carlson, who lives onroof, Sweden gave thousands of people the opportunity to visit the city with its splendid examples of medieval architecture, to go skiing on the perfectly manicured resorts and engage in enjoyable shopping during the Christmas shopping without the crowds of suffering, as in Italy or Austria. By the way, the Swedish drinks and its thorough kitchen - a weighty reason to wait in a cozy cafe wife or girlfriend who is delayed at the mall, selecting a nice jacket.

The country has customs regulations onallowing the importation of alcohol for more than a liter of spirits. Wine or beer and you can grab two liters, but is much more pleasant to taste alcohol in Sweden, which is sold in specialty stores and served in all schools. Prices for alcohol did not seem low in the country, but the quality of the products offered for the money you can get the most excellent. A bottle of vodka at the local supermarket will cost not less 25 euros and wine - about 5-8 euros. This is due to the high excise duties on alcohol, which grow in proportion to the strength of the drink.

Chief alcohol brand north of the state -famous vodka "Absolute", the production of which was begun in 1879. This national drink Sweden born under the influence of another, called "Absolut Renat Brenvin", which translated means - absolute purity brewed wine. Swedish roots of a new drink, it was decided to emphasize particularly that the developers managed to bottle design. Her form was podsmotrena in a regular pharmacy and is very similar to a simple bottle for medicines. The label on a bottle of Swedish vodka is missing, that allows you to see the contents of perfect purity. Today, the Group produces many varieties of the drink, the most popular among them are:

Vodka - is not the only priority of the Swedes,wishing to celebrate the holiday, to sit with friends or relax. Other alcoholic beverages in Sweden, who respect the locals - it's beer, dry and fortified wines and gin. The Christmas holidays the whole nation is actively preparing and consuming Glögg - a drink similar to mulled wine, based on - the juice of black currant, spice, orange peel and wine or brandy.

Holidays in Slovenia in November: the prices and ...

Heraklion Airport: diagram photo. How to get ...