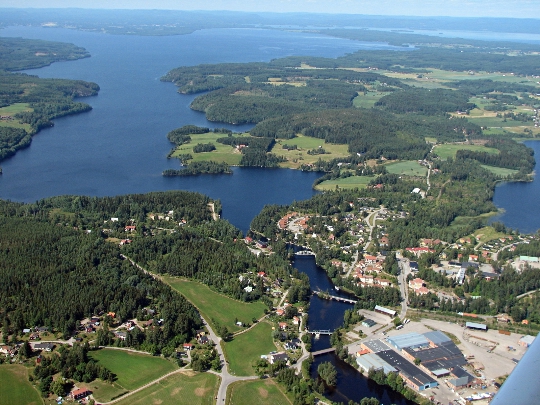 The most scenic part of Sweden - is its northerna region where one-seventh of the country's population lives. There are vast plains, mountains, pure nature and interesting landscapes. North Sweden known phenomena such as northern lights and midnight sun. There are good conditions for recreation in any season. Tourists are attracted by hiking, dog sledding and scooter, fishing.

Provinces in the north of the country

As part of the Northern Sweden including severalprovinces, each of which has its own attractions: Norrbotten, Lapland, Västerbotten, medelpad, ångermanland, Gestrikland, Jämtland, Haredalen, Helsingland. The southernmost province in the north of the country - it Gestrikland which stretches on the shores of the Gulf of Bothnia. Anglers tend to get into Helsingland where possible sea fishing. In this province, you can see numerous lakes and beautiful mountains. Such natural beauty attract fans of cycling and hiking tours. The province medelpad possible canoe trips and sea fishing. Slopes along the river are also carried out in the province of Västerbotten, which is located along the Gulf of Bothnia. Part of its territory is spread over the Arctic Circle. There are sandy beaches cold, referred to as the "Riviera of Northern Sweden".

Boundless northern lands are located in Lapland. This province is ideal for hiking. There are many popular tourist destinations. The most famous of which is considered the "Caminito del Rey", walking through nature reserves. The length of this route is about 500 km. It can go on foot or on Icelandic ponies. The highest point is in Swedish Lapland - is Mount Kebnekaise. In the province there are places suitable for snowboarding and skiing - Riksgränsen and Hemavan. It is also possible to exotic vacation in the ice hotel in Yukkasyervi. Each room has a bed, a bark and a cinema ice. In the spring the hotel melts, but his newly created in November.

The area is famous for its Swedish LaplandArctic beauty of snowy landscapes and protected nature. In many areas, national parks were created. Interesting fauna and flora can be seen in parks and Pieljekaise Vadvetjåkka. North Sweden is considered the edge of the rich and unique culture. Here are preserved objects created by the early settlers. In this area can be traced Sami culture, features which are present in the works of folk artists.

North Sweden is influenced by a uniqueClimate. In the summer there is light and heat in the measure, and in the winter - very cold and snowy. Winter lasts long and is accompanied by severe frosts, the polar night and northern lights. In the far north in the summer, you can admire the midnight sun during the polar day.