Stockholm for kids - something to see. Where to go with the child in Stockholm 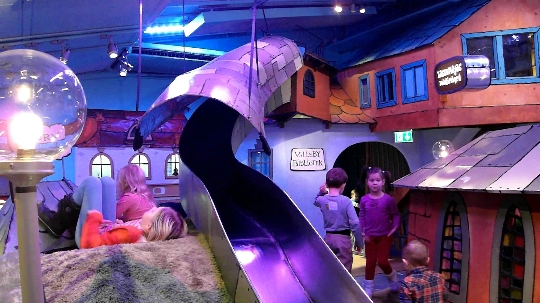 In Stockholm, the question: where to go with the child - it is no longer relevant. After all, is there anything that can lead the younger guests to delight in this unique capital of Sweden. All sorts of attractions in the open air, playgrounds, interactive museums, parks, restaurants and cafes with a special children's menu are ready to take tourists of all ages and all year round.

What to look for children in the city

Definitely, the museum artisans and craftsmen"Skansen", which opens to the visitors the secrets of baking, apothecary art, pottery, and many others. Here you can find a miniature 160-minute and garages across the country, reflecting the vital functions of the Swedes in the 19th century. There is also the aquarium with an open aviary inhabited by funny lemurs, and a zoo.
In the "Vasa" museum houses the legendary Royalship of the same name that sank in the 17th century. Only 300 years later it managed to get to the bottom of the Baltic Sea. In the cinema museum everyone can see a movie of this story, including in Russian.
Near the Royal Palace will be interesting to watch the changing of the guard, and directly beneath it, in the Armory, to get acquainted with various types of weapons, armor and clothes of the royal court.
I must say that Stockholm - just a storehouseall kinds of children's museums. So, in the museum of toys collected by airplanes, ships, cars, dolls houses and railways. Every day in the theater are puppet shows.
Urban Transport Museum tells hishistory, starting from the horse tramway to the modern electric trains. All exhibits can be touched, to get into the cabins, introducing himself a machinist or a passenger. For visitors' convenience, the railway runs through all the halls of the museum.
Kids happy to agree to go tointeractive museum Junibacken, where the plunge into the world of adventure of the famous Carlson, Mumm-troll and other fairy tale characters. The cozy styled café waiters will offer a variety of dishes and drinks, desserts, candies, a lot of cakes and chocolates for all tastes.

Luna Park "Gren Lund" opens itsNumerous rides only in summer, in winter are organized performances. In this wonderful park has roller coasters, Haunted House, room of laughter, and a variety of carousel machines. Kids will not be quite scary to ride on the Ferris wheel with closed cabins and true brave - extremals given an opportunity to "fall" to the 80th meters high in freefall.
If you remain time and effort, you will surely needgo to Stockholm suburb, to the zoo "Kolmarden" where live giraffes and rhinos; visit the dolphinarium, a ride on the carousel, and the cable car, look in the children's theater.
To see all the beauty of the northern capital, toorganized tourists climb to the 130 - meter height in a special booth. It is also given the opportunity to explore the city panorama on the TV tower and the observation platform Kaknes Town Hall.
A fascinating journey in Stockholm will always be remembered, both adults and children.

Children's camps in the Ivanovo region for the summer. ...

Kitchen Dominican Republic: photos, dishes and recipes of the national ...