Where to go with children in Stockholm? 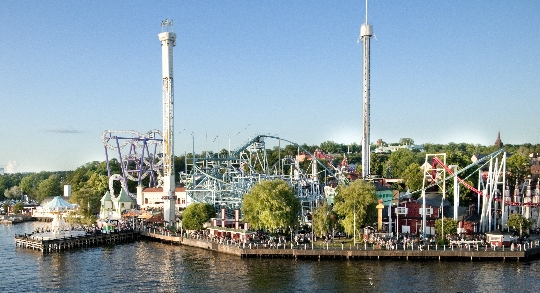 Stockholm is the cultural capital of Sweden. There is possible a good educational vacation for people of any age.

Children and adults enjoy museum Skansen,which spread in the open air. It is located on the island of Djurgården. In this museum there are workshops, farms, urban neighborhoods. It provides an opportunity to get acquainted with the culture and the country's ancient traditions. On its territory there is a zoo and an aquarium with rare representatives of fauna. In the museum you can move around on the tour a small train. There is a funicular, playgrounds and play areas. Attractions of the museum presents the cars and roundabouts. Children under 5 years of visiting the museum for free.

The island is a unique Yurgordonemuseum ship Vasa. This ship sank in the 17th century in the Baltic Sea. He was picked up from the seabed and turned into a museum. Visitors can admire the ship's equipment: drums, cannons, a bell. The museum has a cinema where they show a movie on the history of the sunken ship. For guests of the Russian film is in Russian. The museum has a special exhibition for children.

To surprise the child, brings it to the butterfly museum, aquarium or theme park. A good holiday is guaranteed in the amusement park Gröna Lund, where there is a wide variety of attractions.

What else can you visit in Stockholm

Having arrived in the Swedish capital, go to the museum of fairy talesJunibacken. Children get into a fairyland, where they meet famous characters of fairy tales. There are guided tours in Russian. Also popular is the Museum Cosmonova. This planetarium and a large cinema IMAX. Interesting exposition of the museum are devoted to nature.

Where to go with children in Stockholm in addition to museums andexhibitions? You can just walk around the city, considering its architectural objects. One of the oldest landmarks is considered Gripsholm Castle. It is a picturesque royal residence, which incorporates the different eras. The castle is a unique collection of portraits. Royal Palace created the best European masters. Currently, the palace is the official royal residence. To see the huge collection of weapons, should visit Skukloster Castle. Of architectural sights noteworthy Stockholm City Hall, which is crowned with a golden crown spire.

The capital of the United Arab Emirates: map, photo. What is the capital city in ...