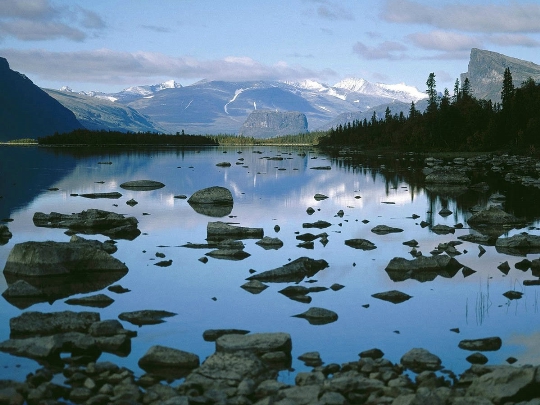 Always wanted to try meat with jam or appreciate the taste of pickled herring? This will help you a trip to Sweden, where such courses are quite familiar.

In Stockholm, Malmö and Gothenburg, includingsuburbs, there is a well developed network of bus routes. There are different travel system, because each city has its own transport network. Travel ticket can be purchased at a special kiosk or go to the information center. If you decide to buy a ticket directly from the driver, then prepare "the cash."

Between the cities most convenient to travel by bus: inexpensive and convenient. Bus covers almost all settlements of the country.

The second leader - Eurolines. It is a European company serving the country 27 routes. Children, students and seniors are offered good discounts.

In Sweden, a large number of longitudinally taxi companies. Licensed car can be identified by yellow license plates.
Taxis can be called by telephone, on the street or vote to take it on a dedicated parking lot.

The cost of a kilometer is equal to 8-10 SEK. For landing and will be charged separately - 20-25 SEK. During holidays and night rates are traditionally raised.

On the streets you can find two types of taxis:

The railway network covers the entire territorycountry, allowing to make a comfortable trip across the country. Tickets are available in cars of first and second class. In long-distance trains have sleeping cars. The carriages of the second class, designed for traveling over long distances, there are specially equipped beds.