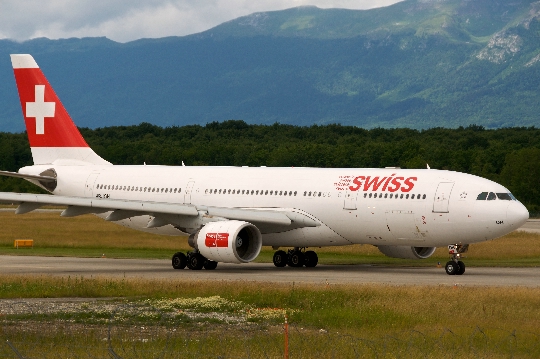 The small size of Switzerland airportsand popular with locals and tourists - and a clever saying about the mountain is particularly relevant here! From Russia to the alpine meadows and snow-capped peaks easiest way to get to the aircraft of the airlines "Aeroflot", or Swiss. The first will start every day from Sheremetyevo, and the second - from Domodedovo. Destinations - Geneva and Zurich. With a connection in Switzerland can be and with the help of other European carriers. Time spent on a direct flight, a little more than 4 hours.

The international airports in Switzerland

Foreign tourists can fly to various air harbor of the country:

Airport Swiss number one in Zurichand a major airline based in its territory - is Swiss International Air Lines. The new terminal to serve international flights was opened in 2011 and since then the air harbor of Zurich serving up to 25 million. Passengers annually.
List of major air carriers submittedschedule looks very impressive. This fly aboard all European airlines, Americans, Canadians, and representatives of most countries in Asia and the Middle East.
The terminal B are registered on flights within the Schengen area and outside it, and the terminal A is intended only for passengers traveling to EU countries and to regional airports in Switzerland.

Getting to the city is easiest on the trains,shuttling from the airport to the city with a frequency of ten times per hour. The journey time is less than 15 minutes. Transfer is also available by trams 10 and 12 routes and taxi cars. In the central arrivals area located quote Browse car rental.
Waiting for the flight, passengers can make purchases in duty free shops, buy local drinks, chocolate, cheese and souvenirs, and on arrival - currency exchange.

Flag of Nauru: photos, history, the value of the state flowers ...