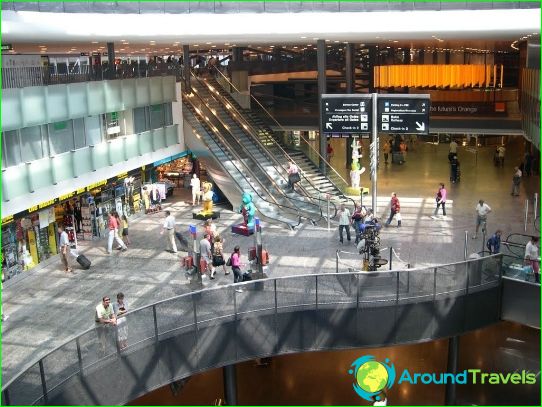 Zurich Airport (Kloten Airport) - is one of thethe largest and busiest airports in Europe. This is not surprising, since Swiss residents have long been known for their activity in the travel. Swiss national airline Swiss Int uses this airport as a major transit hub. For the organization of movement in the area of ​​the airport meets the company Skyguide.
In addition, the airport in Zurich was awarded the prize as the best airport in Europe, and the airline Swiss Int has been named the leading in Europe.

Zurich Airport has everything to ensurepassengers waiting for their flight comfortable. Waiting rooms are divided into an ordinary room and business-class for the most demanding passengers. Besides waiting for a snack or a square meal available in cafes and restaurants. The airport is located post office, bank offices, also provided an opportunity to exchange.
If necessary, passengers can contact the medical center or a pharmacy.

As entertainment at Zurich airport readyoffer free internet access, a specially dedicated space for a laptop. In addition, you can buy a newspaper or magazine, and watch TV. Of course, children are not left without attention for their airport offers special game rooms.