Articles on Phuket
by Nori 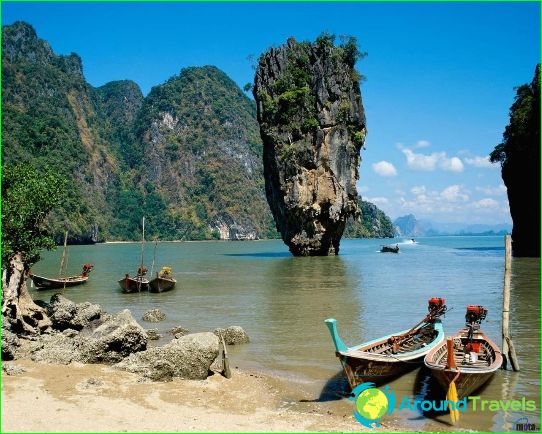 Island beaches with sand and endlessly singingbeautiful sea, Phuket has long been a favorite place for winter holiday tourists from all over the world. There is never cold, and endless hospitality of the local people adds warmth and comfort of the participants in the Phuket tours.

Phuket Island in the Andaman Sea drifts inwestern Thai coast. Three bridges connect it to the mainland, and in the list of the largest on the island of Phuket Square as part of the Kingdom in the lead. Once there were mines for tin mining and rubber trees plantation, from the juice which makes rubber. Island located along the following merchant ships from India to China and its economic well-being achieved thanks to the favorable geographical status and the hardworking locals.

According to scientists, Phuket once lay underwater column and was part of the Indian Ocean sea floor. Evidence of this can be found in an interesting exposition of the Museum of sea shells on the island. His collection includes nearly 2,000 items, including molluscs and shells found in the sea off the coast of Phuket, and fossils with traces of ancient representatives of the underwater kingdom. The gift shop at the museum draw up the documents for the official out of the country acquired shells and mother of pearl items.

Holidays in Thailand: the best beaches in Phuket