Istanbul 2 days: where to go in Istanbul 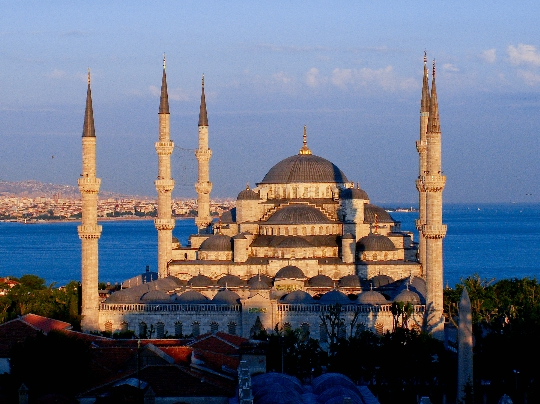 In old Istanbul, sprawling on the banksBosporus Strait on the border of Asia and Europe, there are many interesting places. Arriving in Istanbul for 2 days, you can see mosques and temples, to visit the palaces and bazaars, relax in the Turkish baths and enjoy the green parks.

For the person who turned in the old town, there is a sample list of sites to see who just need to:

Istanbul This area is easy to get around in 2 days: Cape was formed at the confluence of the Sea of ​​Marmara and the Bosphorus, and it is called the Palace. Here is the famous Topkapi Palace, which contains an infinite number of valuable relics. The museums of the palace opened the exhibition of collections of treasures and jewels, and the park operates Istanbul Archaeology Museum, the exhibition is - valuable finds made during excavations on the territory of the Middle East and Asia Minor. One of the architectural highlights of this area believe the Church of St. Irene. It is unique not only construction date - VI of age - but the fact that it has never been converted into a mosque, in contrast to many other temples, which are usually to visit in Istanbul for 2 days.
For lunch and take souvenir shopping on the territory of the Palace Cape are best in the courtyard Jafar Agha, where cozy coffee shops side by side with the artisans.

Word of a magical hamam

Trip to Istanbul can not be considered for 2 daysheld without a visit to the famous Turkish baths. For this ceremony is to leave at least a couple of hours in a busy schedule to experience the pleasure of a warm marble stone and strong hands of the masseur that can relieve the customer from many ills and ailments forever. For total immersion in the oriental flavor it is recommended to go to a regular city hammam, and not specially adapted attraction for tourists in the hotel.

Holidays in Spain in July: the prices and ...