Istanbul for 4 days: where to go in Istanbul 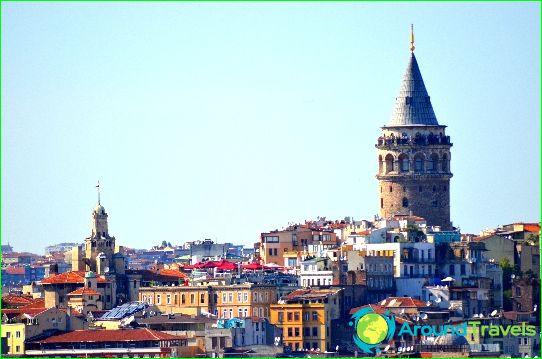 Bored in the Turkish Istanbul, yet no onesucceeded! Mosques and temples, colorful bazaars and coffee houses, towers and palaces, bridges and gorgeous views - the city leaves a pleasant impression at all, without exception. Feel the spirit of Istanbul for 4 days, and learn to understand it - it is a real challenge for those who are not accustomed to sit in the hotel room.

The main pearl of Istanbul crown

Thinking over the route, we should start with the most important architectural and cultural treasures of the city, linking Europe and Asia:

Cruise for a few hours

An excellent opportunity to see Istanbul from the waterIt opens during a cruise on the Bosphorus. From here you can see how very different European areas of the city from its eastern streets. Mosques Minarets soar into the blue sky, like a candle, and in the evening on the city lowered the purple twilight, and lights İstanbul millions of colored lights.
Dinner can be organized in Istanbul for 4 daysany part of the city, but the most colorful fish restaurants are open on the Galata Bridge within walking distance from the tower of the same name. Strong coffee, oriental sweets and delicious desserts from fruit and ice cream are attached!

Airport Cagliari diagram photo. How to get ...