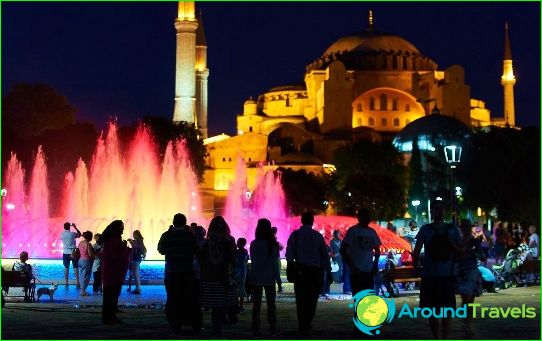 The contradictory nature of Turkish society reflectsTurkey holidays - they are civilians (vnutrituretskie) and religious (international). And the first to have a binding chronology of the Nativity, and the second - to the Muslim lunar calendar Hijri.

If desired, you can come to Istanbul to coincidehis trip to celebrate the Tulip Festival. See tulips everywhere you can - walking through the alleys, parks, main streets and yards. It is worth noting that all who wish to distribute free tulip bulbs in anticipation of the holiday, and the locals gladly take their land.

Since the festival lasts for a month,you will be able to visit the famous musicians concerts, flower exhibitions, fairs, see the sculptures of flowers, as well as take part in various festivities taking place in the area of ​​Sultanahmet, Gulhane parks and Emirgan.

Holidays in Turkey - is not only entertainment programs in hotels. It is also a lot of events and festivals that take place in the country all year round.