Airport Ashgabat: diagram photo. How to get to the airport in Ashgabat

The airport in Ashgabat 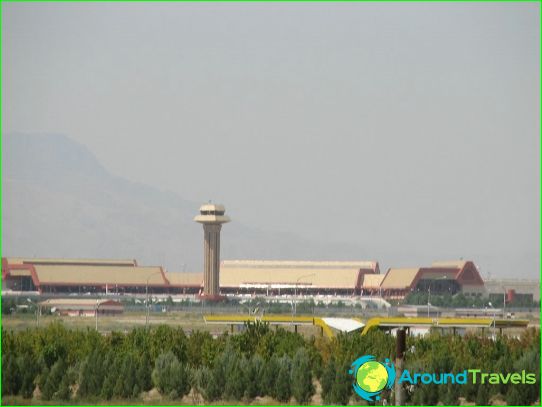 Turkmen Capital Airport is called AirportAshgabat them. Saparmurat Turkmenbashi. So it is named after the first president of Turkmenistan Niyazov Sapamurata. The airport is used by local airline "Turkmenistan Airlines", as the airport is working with other foreign companies, among which is Russian - S7 Airlines.

The airport was opened in Ashgabat in 1994. At the moment it has two runways, which allow you to take any type of aircraft. Every year served about 1.5 million passengers.
Among services provided by the airport can be noted cafes and restaurants, shops (duty-free is not), ATMs, currency exchange, pharmacy, etc.
For passengers with children have a mother and child room. There is also a VIP passenger services are presented and CIP lounges.

The Turkmen capital is planned to build a new airport, which will be called Oguzkhan. The main purpose of the new airport - the improvement of international cooperation.
Construction began with the beginning of 2013, the perioddate announced for summer 2016. During the construction of various facilities will be built, that will improve the quality of services, as well as increase the capacity of the airport.
Among the planned innovations in service services may be noted Internet cafes, playgrounds for children, hotel, duty-free zone, etc.
It is planned to build three terminals, two of which passengers (regular and VIP) and one truck.
At the moment, the airport is used a small terminal 2, which after the construction of the ground will be used for servicing charter flights.

The airport is located seven kilometers from Ashgabat,and you can reach it in several ways. The easiest - it's public transportation. From the airport bus №1 depart regularly, which takes passengers to the city center in less than 10 cents.
Also in town you can go by taxi, the fare will be about $ 2.

Bus tours to Ireland. The cost of bus tours ...