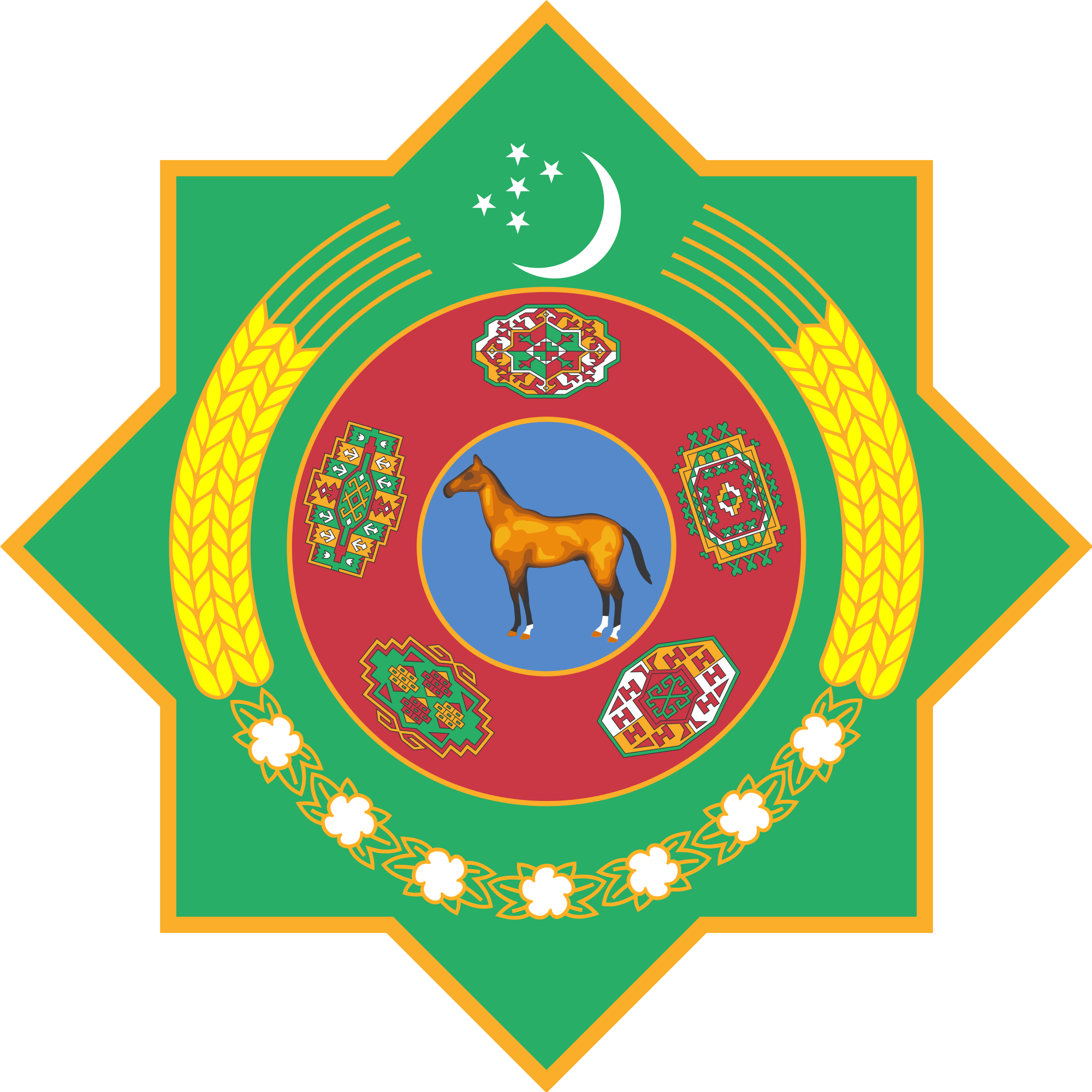 Coat of arms of Turkmenistan was approved in 1992. Since then, he has repeatedly changed. Previously, this emblem was circular in shape, but since 2003 the main emblem of Turkmenistan became octagonal. This form of the coat of arms for defending the country's president, Saparmurat Niyazov. It is believed that this coat embodies the legacy of the Seljuk dynasty, which in ancient times created a huge empire, dominating almost all Central and West Asia.

At the heart of the Turkmen emblem is greeneight-pointed star - the two superimposed square another. In Turkmenistan, it is called the star of the mythical Oguzkhan who revered the legendary leader of the Oguz tribes. The same symbol in the rest of the Muslim world is called the Rub al-Hizb. The star is surrounded by a yellow-golden rim and resembles a green carpet fabric. In Turkmenistan, the eight-pointed star with ancient it is considered a symbol of prosperity, peace and tranquility. Her image can be seen almost everywhere: on the tops of the pillars, fences, buildings as a decorative element.

The main symbols of national wealth

Image crescent emblem ties with the Islamicthe world as the main religion in Turkmenistan - Islam. Five stars in crescent symbolize the five provinces (vilayets) of Turkmenistan. This number is also observed in the image Göle.

In the central part of the coat of arms of the two circles are placed. The central circle of blue is inscribed in a circle of larger diameter, which is painted in red. The larger circle is Göle five, symbolizing the five provinces of Turkmenistan. Gol - ancient pattern used when sewing the Turkmen carpet. This pattern also has an octagonal shape.

The central blue circle shows the horseAkhal-Teke breed. It is known that this breed of horse has been bred in the territory of Turkmenistan for 5 thousand years ago. This cultural breed influence on many breeds of horses and horse riding is considered a benchmark. The coat of arms depicts the Turkmen horse country's first president on Yanardag nickname.