Articles about Dubai
by aroundtravels 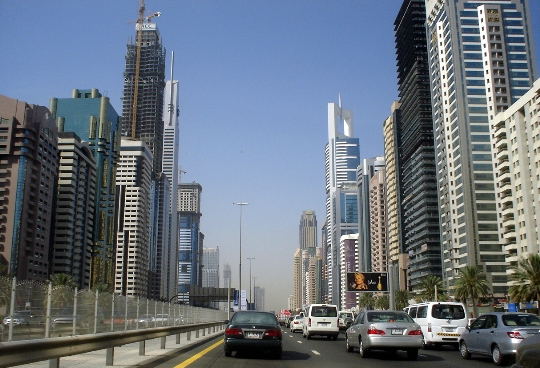 One of the UAE is considered to be Dubai's most vibrant cities. It is the largest town on the shores of the Arabian Gulf and the center of Dubai. As the pace of development, it is not inferior to Shanghai, Hong Kong and other famous cities. Dubai's streets have formal and vernacular names. The local people are oriented to popular sites: shopping centers, bazaars, hotels, banks. The small streets are numbered, and they have no names.

Modern city district where preservedhistorical sights. It focused business and financial activity. there are architectural masterpieces on the streets, museums, skyscrapers and popular shopping centers.

The financial center of the city is Deira. It is an area with a lively trade. Its streets are closely intertwined. There are many shops and stores, which seem to be the same. In Deira easy to get lost, but there is nothing to fear tourists. Urban markets and other areas are considered completely safe. The oldest shopping district of Deira Souk is a market Murshid. It is followed by spice markets, gold, incense and others. Each of the market consists of many shops.

Located in Deira, walk down the street Al Rigga. This boulevard that stretches for 2 km. On it are the popular cafes, restaurants and boutiques. All places Rigga Road operated until midnight. On the boulevard you can get to an area with a round-ebaut - roundabouts. On the square is a picturesque clock tower.

In Dubai, this highway is the longestand the main. Its length is 55 km. It continues the biggest motorway in the UAE. Along the highway there is a red line subway. 12-way road, but even her jams occur. Along the famous highway located attractions: shopping centers, Chelsea Tower and Millennium, chic restaurants and hotels.

The coastal Jumeirah settled very tightly. It stretches along the stunning beaches. Jumeirah Beach is famous for its expensive boutiques and hotels. Square area of ​​6.9 sq km. This is the most prestigious part of Dubai. In the last century there lived local merchants, fishermen and foreigners. Today the district is striking infrastructure and beautiful architecture.

Fashion District - Dubai Marina - located in the centerthe new city. Marina Bay indicate that was created artificially. Around the Bay are located luxury villas. Construction in the area continues. The creators believe that Dubai Marina will be the center of the city, is an exclusive project. Coastal construction area is second to none.

Airport Tambov: diagram photo. How to get ...