Education in the United Arab Emirates. Study in the UAE - the education system abroad 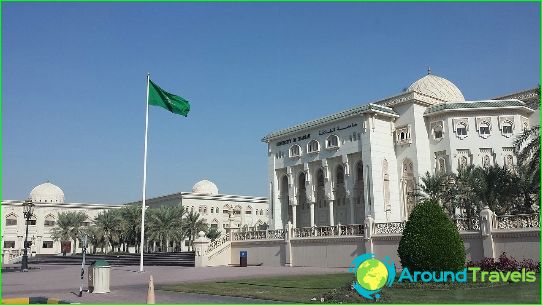 UAE - is a developed and prosperous country higha culture in which there is practically no crime. Coming here for the knowledge, should know in advance about the rules of conduct and standards adopted in this country (religious laws in the UAE raised to the level of government, and this is reflected in the appearance of the behavior of citizens, as well as the kitchen and public life).

The benefits of education in the UAE:

Some universities do not accept Arab Emirates onstudy of foreigners (this applies to public universities), and those that allow them to learn, need to pass the entrance exams, TOEFL or IELTS-test and make a payment for the entire course of study.

The UAE has opened branches of internationaluniversities for admission to which is necessary to pass a standard procedure that meets international standards. Language teaching in these universities - English, so you have to submit TOEFL or IELTS certificate.

The UAE are open campusUK, USA, Spain, France and Germany (foreigners living in special campus): in these universities, students learn on international programs, and after training they are awarded diplomas of international standard, after which they will be able to immediately start work on a specialty in any country.

The open university Al-Ain, which takesto study both local and foreign citizens, each of them can choose which program to study it (the European program, or the Islamic religion).

The curriculum includes a visitlectures, seminars and workshops. After graduating from a university, graduates will receive a diploma, or east, or the European standard (everything depends on the chosen program of study).

On a language course in the United Arab Emirates, you can learn not only the Arabic language, oriental culture and history, but also the English (two-week training course + accommodation will cost around $ 3,000).

While studying in universities, students are eligible to earn on a student visa.

The choice in favor of education in the UAE dosuccessful people: there are rapidly evolving technology and communication, and students are allowed to combine study and work for further employment.

Photos schools in the UAE

Food in Taiwan. Prices for food in ...