UAE population. The population in the UAE: features, weight, composition

The population of the United Arab Emirates 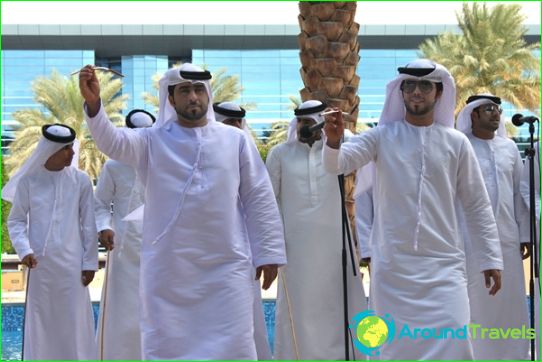 UAE has a population of over 8 million people.

The first people in the UAE were more than 7thousands of years ago - they are engaged in hunting, fishing, agriculture, trade, pearling. And the history of the UAE as a nation, began with the December 2, 1971 - the day emirs six emirates decided to create a new state.

Today, the United Arab Emirates - a politically stable and economically developed state in the world, which is famous for its high level of security and the lives of citizens.

National composition of the UAE:

On average, 1 sq km is home to 65 people, but the most densely populated areas is the coastline and inland oasis.

Official language - Arabic, but widespread in the UAE is still English.

Most people in the UAE (96%) profess Islam, and the rest - Hinduism, Christianity, Buddhism.

The average male population lives to 74, and women - 76 years.

UAE is famous for hospitals with high levelsservices that provide a diverse range of services to both local residents and tourists (in hospitals using the latest equipment and advanced treatment).

The traditions and customs of UAE residents

Residents of the United Arab Emirates - polite and hospitable people, who lives following the ancient tradition, especially in the wedding traditions.

Today, the wedding is celebrated by the Arabs as well ashundreds of years ago. Once the bride's family gives approval groom's family, both sides are beginning to prepare for the wedding. But admire the bride before the wedding, the groom can only when it is a male relative. Signing prenuptial agreement, marriage newlyweds will be considered only formally concluded, but together they can only live after the wedding will be played. The wedding can be played in a day or any other day throughout the year. Weddings in the UAE lasts 3 days and is accompanied by abundant refreshments, dancing, singing.

Intend to go on vacation in the United Arab Emirates? To during the rest did not have unforeseen situations, you need to know about some important points: