The history of London. The base, the formation, the development of London 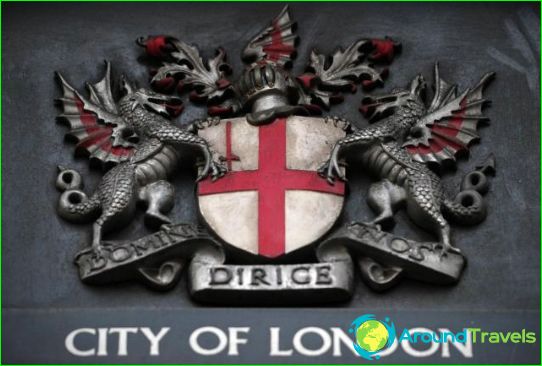 Coat of arms of the City of London

London - the capital of the United KingdomGreat Britain. The city is located near the North Sea on the River Thames. London is one of the leading financial centers of the world, as well as the cultural and economic center of the country.

The history of London is long and very interesting. The founders of the settlement called Londinium were the Romans, who came to the local land in 43. By the third century, the city was protected by high walls around the perimeter. In 410 the Romans left Britain. In the next couple of centuries in Britain was inhabited by the Saxons, who laid in Londinium St. Paul's Cathedral. By the middle of the eleventh century, the city was divided into two parts: Thorney Island (Westminster), where the construction of the abbey and the royal palace, as well as the city itself (City).

In the twelfth century at Westminster AbbeyWilliam the Conqueror was crowned in which the construction of the Tower began. Thirteenth century - a period of rapid economic and social development of London. During this period, the city is actively built, London became the capital of England. It is beneficial to the development of the city reflected the rise to power of the Tudors, when in London were broken city parks, open hospitals and municipal institutions. By the beginning of the sixteenth century, London has turned into a successful trading city in Europe, where flourished both small and large enterprises. For centuries the population of London increased by more than 4 times that led to cultural development: were opened theaters, libraries.

In the middle of the seventeenth century on the London hitjust two great misfortune: the plague, which killed 60 thousand people, and a fire in 1666 that killed more than 13 thousand buildings, including almost 90 churches. Despite the terrible events in London rose quickly to his feet, and by the beginning of the eighteenth century became the largest city in Europe. In 1707, after the unification of England and Scotland, London became the capital of the UK.

The construction boom took place in the nineteenth century. Then, in the city there were factories, railways, industrial areas, Tower Bridge, the Royal Albert Hall was built. In 1863, London began work in the world's first subway.

In the sixties of the twentieth century, London has won all over the world thanks to the musical group The Beatles and RollingStones, which enjoyed great popularity among music lovers and young people.

Currently, London is one ofthe most important economic and cultural metropolises in the world. The city is among the ten most interesting tourist capitals - are concentrated a large number of attractions, museums, concert halls, and various galleries.

What to buy in Warsaw. What to bring out ...