Home>Articles about the UK>Coat of arms of Britain: photo, value, description

Coat of Arms of Great Britain 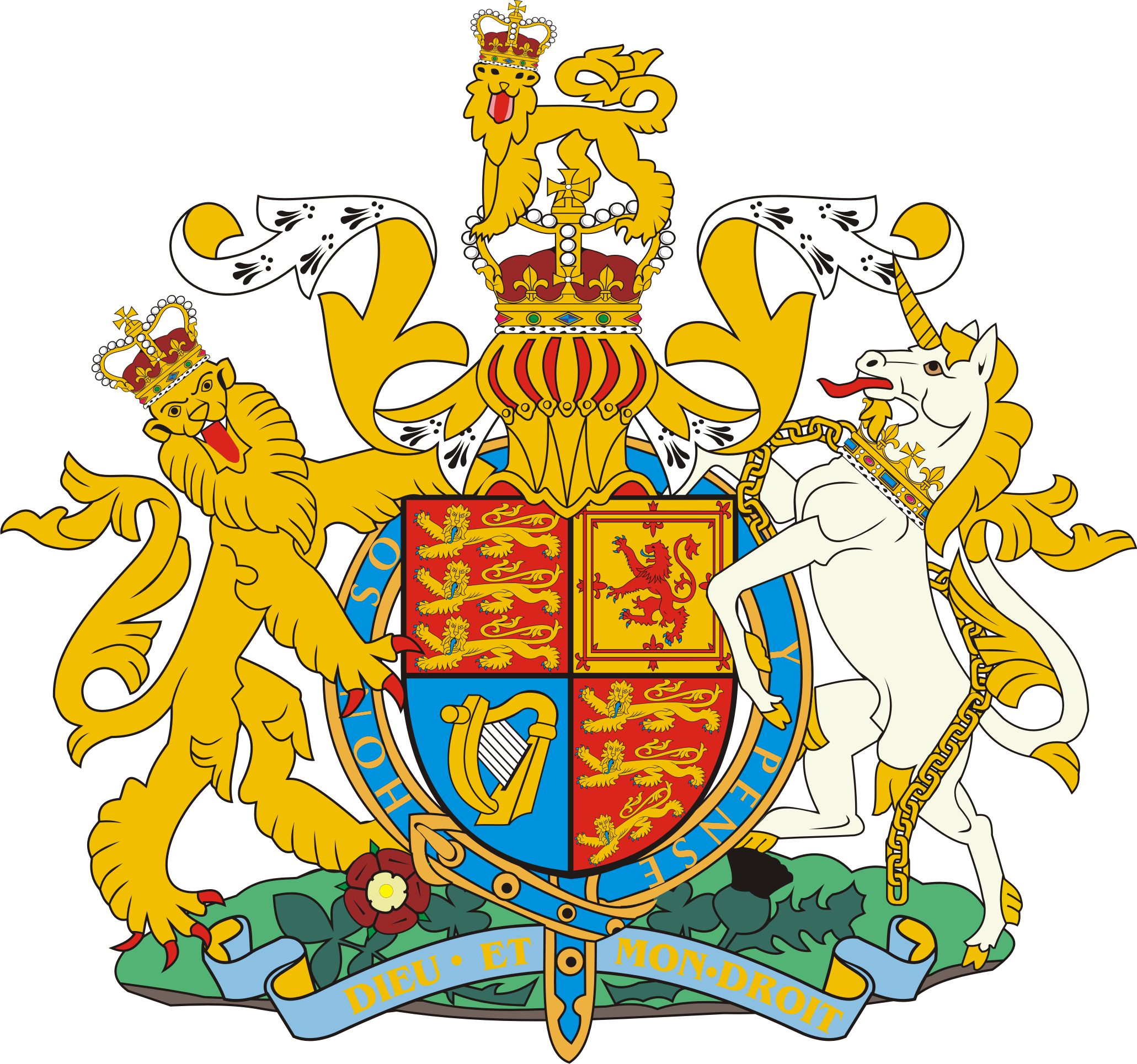 UK Royal coat of arms - it is sofull name sounds way the main character of Albion. He usually belongs to the ruling monarch, in this case, Queen Elizabeth II. The members of her royal family, the British members of the government have different emblems.

On the other hand, there are two versions of the royal coat of arms, one of which is used in Scotland, and has some differences.

The usual royal coat of arms ...

Oddly enough, in the distant cold like Englandexotic southern animals, because of all the wealth of local fauna kingdom's residents could not find worthy representatives, strong, courageous, brave, which could embody the country and its power. Therefore, on the arms appear lions and leopards, and in different embodiments a different number of these and other animals: two lions and leopards seven (called heraldic) - on the royal coat of arms; four lions and three leopards - in the Scottish version.

The appearance of the southern beautiful and dangerous predatorsassociated with the name of King Richard I. His insane for the courage and bravery still called Lionheart, so it is clear that no other animal could not take place on its arms. However, in those years, it was represented in all three animals. Moreover, while the British were confused - whether it was the lions, or leopards.

Everything flows, everything changes…

English coat of arms has also changed. They are connected with the events of the Hundred Years' War, also known as leopard's struggle and lilies. Some representatives of the English royal court claim to the French throne, is in its own way reflected on the arms. Field shield divided into four parts, two of which were still occupied by images of leopards. Two steel azure field and were decorated with golden lilies that were considered the emblem of neighboring France. Henry IV made his changes in the coat of arms, leaving him just three lilies.

The following changes are expected to the main symbol of the country when King James I, who made an addition in the form of posters Ireland (golden harp) and Scotland (a lion placed in a gold box).

In the time of Queen Victoria's reign, at the turn ofXIX-XX centuries, the coat of arms of Great Britain, finally got the form, which remains unshakable until today. The shield is supported by a lion, the symbol of England and unicorn, respectively, a symbol of Scotland. Shield itself consists of four parts, in which:

It surrounds all the splendor of the blue ribbon with the inscription.