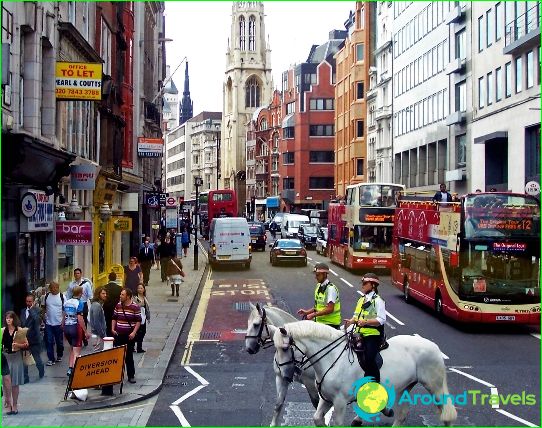 UK for decadescontrolled colonies all over the globe, and because of its contribution to the culture can be considered one of the most significant in the world. British tradition became a household name, and British culture influenced the development of music and painting, architecture and theater, fashion and literature in many nations.

Building on a century

One of the main cultural featuresUnited Kingdom - its famous monuments. England was once an influential architectural center and its buildings reflected many styles. Celebrities Keterberiysky Cathedral, now under UNESCO protection, was built on the spot where St. Augustine of Canterbury, was conducting mass baptism of the locals - the first Christians in the territory of a future UK.
Architecture Albion is closely linked tohistory and political initiatives of the country. The Renaissance did not bring the same lush flowering, both on the mainland, but the classicism caught on and became the main focus during the construction of buildings and structures at the turn of the XVII and XVIII centuries. Equally popular were the islands of Gothic and neo-Gothic architecture trends. Among the major monuments of British culture - Westminster Abbey, the Tower of London, Trafalgar Square ensemble, Scottish castles, Buckingham Palace.

Literary researchers can arbitrarilyargue, whether there was Shakespeare, but his contribution to the world cultural heritage is no doubt none. Those who want to get to the theater, which began with the march of the world famous productions, is to book a tour to London. There is a building "Globe" and acts actors troupe, in which four centuries ago, Shakespeare himself played. Equally popular with theatergoers and other UK sites:

Many productions are conducted in languages ​​and dialects, accepted in Ireland and Scotland, which largely contributes to the preservation of the unique culture of the UK.

The United Kingdom gave the world moredozens of poets and writers who have become favorite of millions of readers in different countries. The list of literary giants - DG Byron and Agatha Christie, Lewis Carroll and Walter Scott, Oscar Wilde and George Bernard Shaw.

Holidays in Portugal in May: prices and ...