The population of the UK 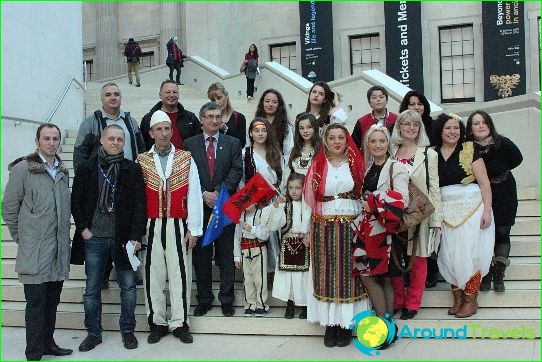 Britain has a population of over 63 million people.
On the British Isles consistently committedinvasion from continental Europe. Romans, Saxons, Danes, Normans and others occupied the low-lying part of Britain, expelling the indigenous population in the north and west of the mountainous areas of the country. So, the British Isles were divided into low-lying (Anglo-Saxon) and mountain (Celtic) area. Because of this separation, the residents of Cornwall, Wales, Ireland and Scotland to this day used in his speech the various dialects of the Celtic language.
National composition of the UK is represented by:

On average 1 km2 is home to 245 people, but the most densely populated south-eastern and central parts of England, the central part of Wales, Scotland, Northern areas.
The official language is English, but are widespread and 2 Scottish Celtic language (Welsh, Gaelic).
Big cities: London, Edinburgh, Leeds, Sheffield, Glasgow, Liverpool, Bristol.
Most UK residents profess Protestantism, but here you can find Catholics, Hindus, Buddhists, Muslims.

Men on average live to 76 years, and women - to 81 years.
Britons live for 2 years less than the Swiss,Japanese and Italians. UK spending on health care is only 9.7% of annual GDP (about $ 3,700). But this amount can not be considered sufficient costs, because the cost of living is very high in the UK.
Residents of the UK are suffering from cardiovascular diseases, cancers, obesity (26.1% of the population: the figure is 17% higher than the European average).

The traditions and customs of people in the UK

The British are proud of their significant difference from the other nations of the world: they are still strictly observe such traditions as the game of cricket and left-hand traffic.
Britons may be called cool people -they never show their feelings (approval, as a rule, they expressed the phrase "bad"). But, nevertheless, the British are sociable and have a good sense of humor.
Interesting traditions of the British is dressing up in different clothes for dinner; compete in the ability to build an ugly grimace and run with cheese rolling ...
Interesting traditions and customs related to the festival, such as the most popular place in Chelsea (May), and the most solemn and grandiose holiday of the country is the Queen's Birthday.
Arriving in the UK, you will be able to understand,why it is called a land of traditions. So, you will be able to see the changing of the guard at Buckingham Palace, keys ceremony (ritual closing of the Tower), Royal gun salutes (produce them on special occasions) ...