Home>Articles about the UK>Tours in Wales (UK). Holiday in Wales: photo, trips 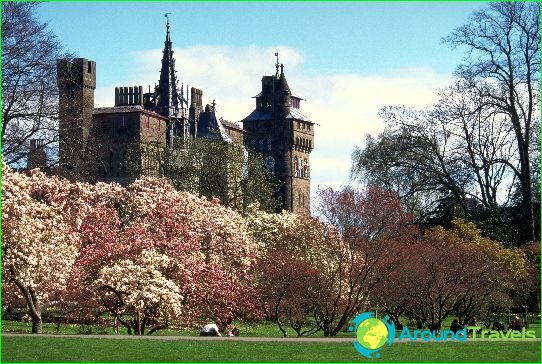 United Kingdom of Great Britain and NorthernIreland is composed of four administrative units, one of which - the principality of Wales. Its name comes from the ancient German word meaning "Celts". These tribes once inhabited the territory of modern principality, and it was a union of independent Celtic kingdoms. Tours in Wales are becoming increasingly popular due to the solid number of historical sites in the principality, its unique nature, the possibilities hiking on hundreds of different routes and, of course, the ideal conditions for shopping.

Located on the west coastUK Duchy of sufficiently small size. It stretches from north to south for 270 kilometers, and from west to east - only a hundred. This makes it possible to include in the tour program in Wales trip through the province and familiarity with the life and customs of the locals and architectural landmarks, preserved in small towns.
The British seized the territory of Wales at the end of the XIII century, and the final merger of the two areas into one state was under King Henry VIII.