Home>Articles about Ukraine>Airport in Nikolaev: diagram photo. How to get to Nikolaev Airport

Airport in Nikolaev: diagram photo. How to get to Nikolaev Airport 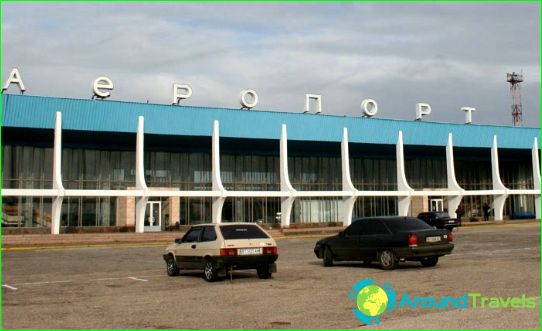 The international airport is located in Nikolaevnear the village of spoiled child, Novoodesskaya area. Runway airline has a length of 2.5 kilometers and is capable of receiving aircraft of type TU-154, An-22, Il-76, Il-62.
Despite the fact that the airport was an internationalcertification with the right to service international flights, the company has introduced some restrictions on receiving aircraft. The fact that the runway repairs are for the last time in 1989, so its condition today is poor.

As civil airline airport in Nikolaev began its activities in 1960. Every year, expanding the geography of flights and updating the fleet of cars, the airport has increased passenger traffic.
In the mid 70s there was built a newWFP, and at the end of 1983 - was put into operation the new building of the passenger terminal. Daily airport sent cargo and passenger flights to major cities of the Soviet Union on the aircraft of type TU-134, An-22, Il-76.
In 1992, the airline received a certificate for the right to international airlines aircraft maintenance.
However, the airport currently requiressignificant reconstruction of its runway and requires major repairs. The main airport operator municipal enterprise "International airport Mykolayiv" has the financial ability to cope with a large-scale reconstruction. Therefore, in July 2011 it was announced about the readiness of privatization of the airline with the condition of the plan for further development of the airport in Nikolaev.

Shopping and buying in Turkey. What to buy, ...