Home>Articles about Ukraine>Airport in Kiev: a diagram photo. How to get to the Zaporozhye airport

Airport in Kiev: a diagram photo. How to get to the Zaporozhye airport 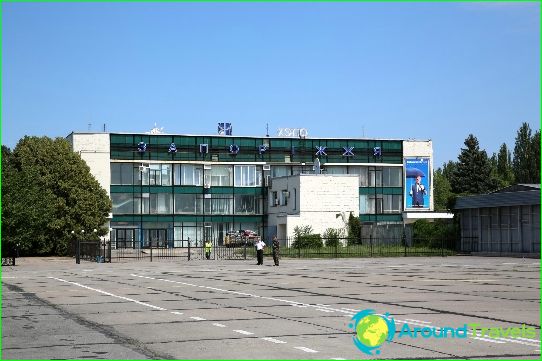 International Airport in Kiev is located on the eastern outskirts of the city.
The structure of the enterprise includes:

The airfield is capable of receiving aircraft of small and middle-class TS-154, AN-24, IL -76 and helicopters of all types. The capacity of the air port is about 700 thousand passengers a year.

Decades airport in ZaporozhyeI am experiencing difficult times. The main problem was that the airline literally kept pace with life. Airport obsolescent morally and physically. And this in turn entailed an outflow of airlines and a gradual decline in passenger traffic.
In 1982, with funding from theState budget runway airport has been renovated. And in 2009, the Ministry of Ukraine allocated about 3 million hryvnia to the airport reconstruction project. It provided for the repair runways and navigation systems, as well as the expansion of the apron. All these works were planned in preparation for Euro 2012 and are estimated at 550 million hryvnia.
But when Dnepropetrovsk is ranked among the cities- Euro members vectors priorities changed and funds for reconstruction of the airport were not allocated. Independently overcome the crisis the company had not been possible. And in May 2011, the airport has reduced ¼ of staff.
In 2012, the airport was transferred to the ownershipthe city, and in 2013 from the city budget has been allocated funds for its reconstruction in the amount of 8.5 million hryvnia. To date, the bulk of the funds mastered. By 2015, the planned construction of a new passenger terminal.

The airport has a minimum range of services,providing safe passenger service. There are ticket offices, a mother and child room, medical center, post office. Organized food items. Provided hour security Airport. On the forecourt it is equipped with a parking of personal vehicles.

The airport is in the city, so here there is a regular movement of buses and taxis.

Turkey Trains. Tickets for the train in Turkey

Airport in Detroit: a diagram photo. How to get ...