The airport in Odessa: the scheme, the photo. How to get to Odessa Airport

Articles about Odessa
by aroundtravels 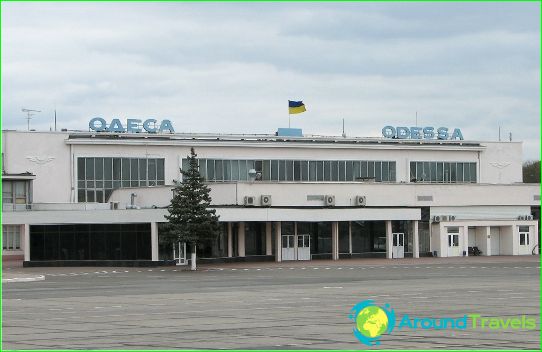 The international airport in Odessa is one of thelargest airports in Ukraine, which connects the city with the capital - Kiev, as well as with the central Russian cities, countries in Europe and the Middle East. Himself terminal is located seven kilometers from the city center and is easily reachable by car or public transport.

The main routes linking the city andOdessa Airport, buses are 117 and 129. Each of them passes through the main stops, such as the railway station, Breeding Institute and prospectus of Shevchenko. The interval of buses is 10 - 30 minutes depending on the time of day. The trip takes an hour and the fare is only 3 hryvnia.

In order to stay at the airport waspleasant, working around the clock in the terminal storage chamber, where one seat is 25 hryvnia per day. Before you pass the thing for storage or prior to check-in, they can be packed in a special protective film that helps protect the luggage from unexpected contamination or damage during transportation. Luggage Rack packaging are far away from the main entrance of the airport terminal, and the procedure takes less than a minute and is worth about 40 hryvnia for one.

On the territory of the Odessa airport round the clockthere are two parking lots, one of which is the first hour is free and the second hour will be charged. It should be remembered that on the forecourt to the special scheme, traffic, so airport authorities stresses the need for strict adherence to layout and signs. Parking, providing free time to the right of the entrance to the area.

restaurants in the airport terminals andcafe where you can eat lunch or close to the waiting time passed landing nice and comfortable. In addition, in the building it is located bank branches and ATMs around the clock, currency exchange, post office and pharmacy.

Malaysia Kitchen: photos, dishes and recipes of the national ...

Education in Cyprus. Study in Cyprus - ...