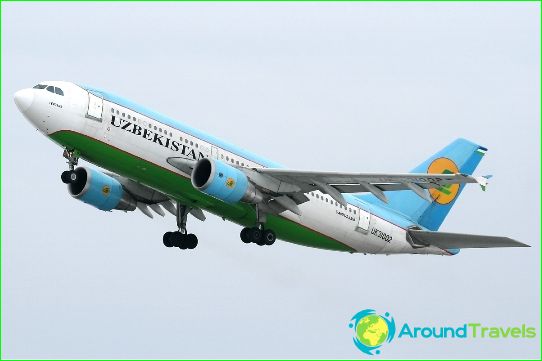 Transport in Uzbekistan is represented by all kinds of messages - by rail, road, pipeline, river and air.

The main modes of transport in Uzbekistan

Taxi services in Uzbekistan are relatively cheap,but taxi drivers often cheat tourists, overestimating rates (in Tashkent rates higher by a third than in other cities of the country). It does not matter whether you use the services of public or private taxi cab, it is advisable to pre-negotiate the price.

Rent a car in Uzbekistan, tourists canalong with the driver - this service provides a number of companies and major hotels. But in order to save the best to hire a taxi, agreeing with the driver. If desired, you will be able to manage the rental car - the country's Russian driver's license is valid, if they are duplicated in English. Keep in mind that most car parks are not free (there are free, but they will have to search), in the settlements are allowed to travel at speeds up to 70 km / h and on other roads - 90 km / h. Note: when driving (right) through the tunnels, even in the daytime it is necessary to include the dipped headlights.

To move around the country by car is notanywhere convenient because not very good road conditions. But now actively building new and expanding the old route, so in the near future the situation should improve.

Currency in Sri Lanka: the exchange, importation, money. What ...