Home>Articles about Vatican>Vatican population. The population of the Vatican: features, weight, composition

Vatican population. The population of the Vatican: features, weight, composition 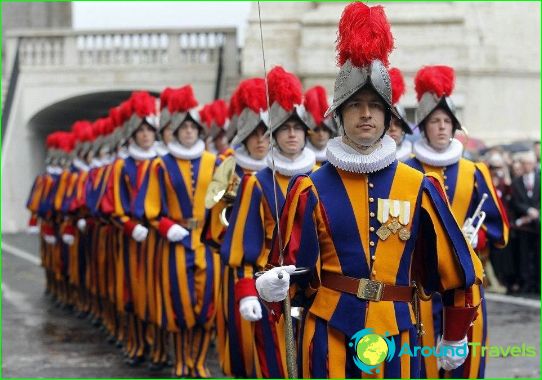 The Vatican has a population of more than 800 people (nationality of the Holy See have 700 people).

The Vatican does not have a permanent population: here live the Pope, leaders of the Roman Curia, the priests, the nuns.

Vatican citizenship is granted to thosepeople who are in public service in the Vatican (here give only diplomatic and official passports to carry out activities abroad). After the service, citizenship is lost, and if the citizen has no other nationality, he acquires the citizenship of Italy.

The official languages ​​are Italian and Latin.

Everyone who lives in the Vatican, profess Catholicism.

The Vatican City State supervision of the systemHealth is implementing a special medical service, which is a duty - to take preventive measures and to carry out the treatment of various diseases, as well as to monitor compliance with hygienic and sanitary requirements for food and water.

Traditions and customs in the Vatican

In the society of the Vatican has a huge impactCatholic Church. It is spectacular to say the Vatican is not only religious holidays - Easter, Christmas, and the secular New Year - at midnight on December 31 on the square in front of St. Peter's Cathedral begins a solemn Mass, which takes an active part the Pope himself.

Going to the Vatican?