Coat of arms of Bangladesh 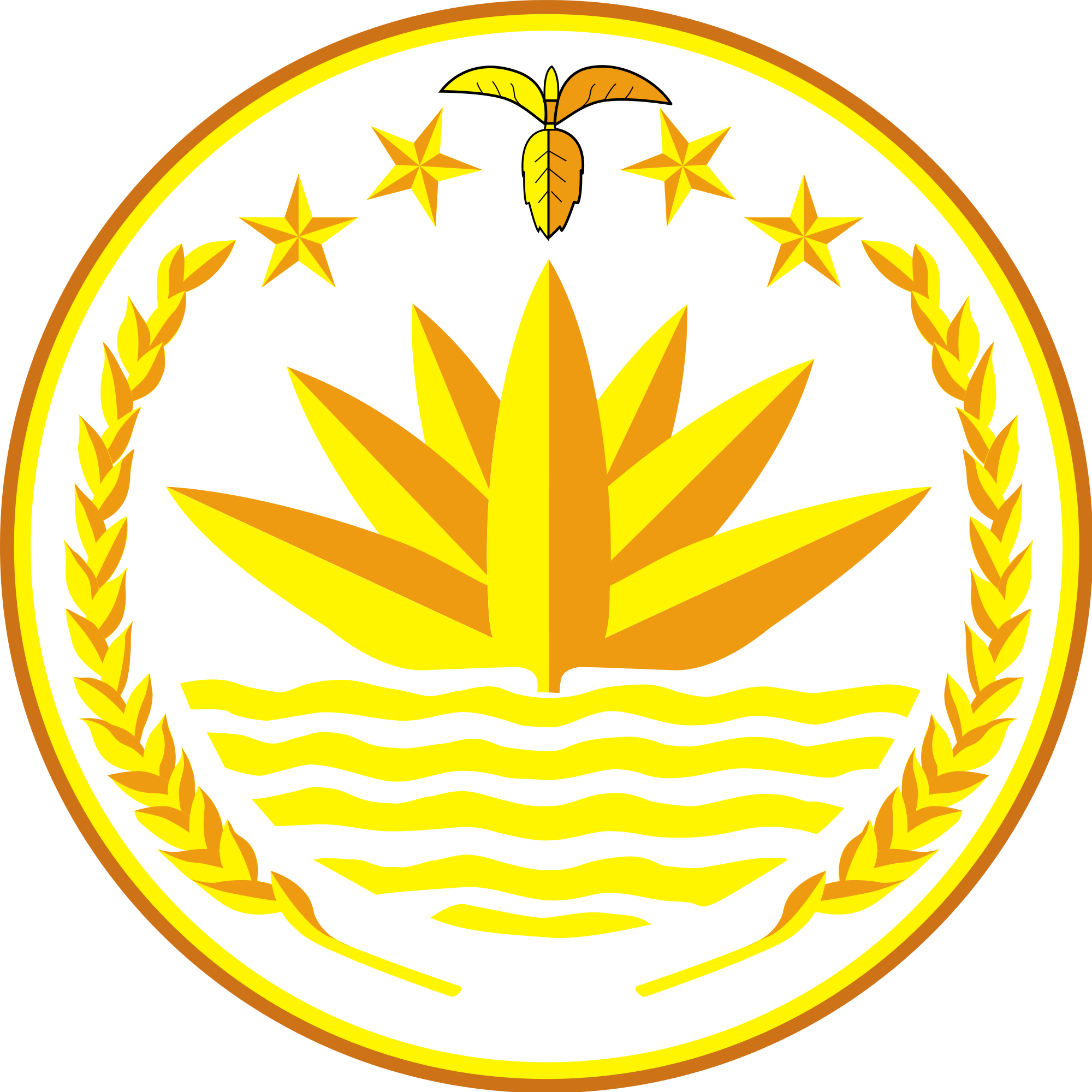 If we compare the main state symbolsthe world countries, it appears that the coat of arms of Bangladesh the most peaceful and harmonious. It is not predatory animals and birds, which are so fond of portraying in Europe and Asia. Out of the country and arms symbol, unlike many countries in Africa and Central America.

Coat of arms of the People's Republic of Bangladesh was adopted in 1971, like many other countries, this happened after independence and exit on a separate road.

The official symbol of the Statea central role is played by plants in symbolic images can immediately know: The ears of rice; lily; shamrock jute. On the one hand, the plant is said that Bangladesh, primarily agrarian republic. Much attention is paid to the food program, and the main plant is rice country. On the other hand, the use of these plants has a symbolic value.

In addition to the plants on the emblem of present Bangladeshfour stars, which symbolize the basic principles enshrined in the constitution. However, over time, have been replaced. Previously, stars were related to nationalism, secularism, socialism, and democracy. Atheism was replaced by Islam, because the vast majority of the population profess this religion. Socialism has received clarification, it is now an Islamic socialism. The principles of democracy and nationalism remained unchanged.

Still, the basic elements of the coat of arms of BangladeshThey are plants. Rice - the main staple, is grown throughout the country. In addition, he is one of the major crops that are exported to other countries, so working on the economy.

Jute relates to plants of the family Malvaceae, is spinning culture, it is for yarn and fiber. Sowing of jute take a lot of agricultural areas in Bangladesh.

In the center of the emblem is a water lily image(Shapla), which is considered the national flower and has a symbolic meaning. The snow-white flower is considered a model of purity, chastity, purity and beauty. Waterlily in its sacred value close to the lotus and lily white. These three plants are very common in the mythology of the different countries of Europe and Asia, are present in fairy tales, legends, legends, ancient rituals.