Articles about the Baltic States
by aroundtravels 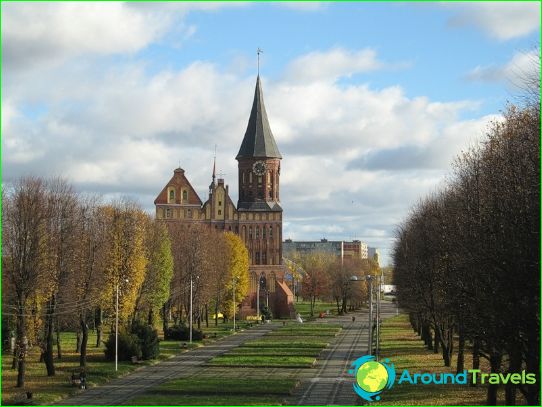 Many Russians and citizens of other CIS countriesThey tend to visit in Kaliningrad, because the city is considered one of the most unusual in Russia. Each point of interest stresses that before the city belonged to Prussia. How does the architecture of Russian cities now? Excursions in Kaliningrad will allow you to figure it out!

With what to begin acquaintance with Kaliningrad

Sightseeing tours in Kaliningrad arevery popular, because they allow you to visit the most famous places and appreciate the features of the architectural appearance in which visible current trends and features of German style. You can walk around the island Kneiphof, see the tomb of Kant and the Cathedral, the city gate and many other attractions. However, this program will be just the beginning of exploring the wonderful city.

The most famous attractions of Kaliningrad

Best excursion program for the evening

You want the most interesting end of the day? In this case, you have to go in the quarter Fishing Village, where are the houses built in the style of old Konigsberg. The history of the area only began in 2007, but he has already won the hearts of many people. In the fishing village you can see the drawbridge "Jubilee", a winter garden, a tower, offering beautiful views of the modern Kaliningrad. Without a doubt, this program will help the completion of a day spent in the most unusual city in Russia!

How to fly from Novokuznetsk to Moscow? Time ...