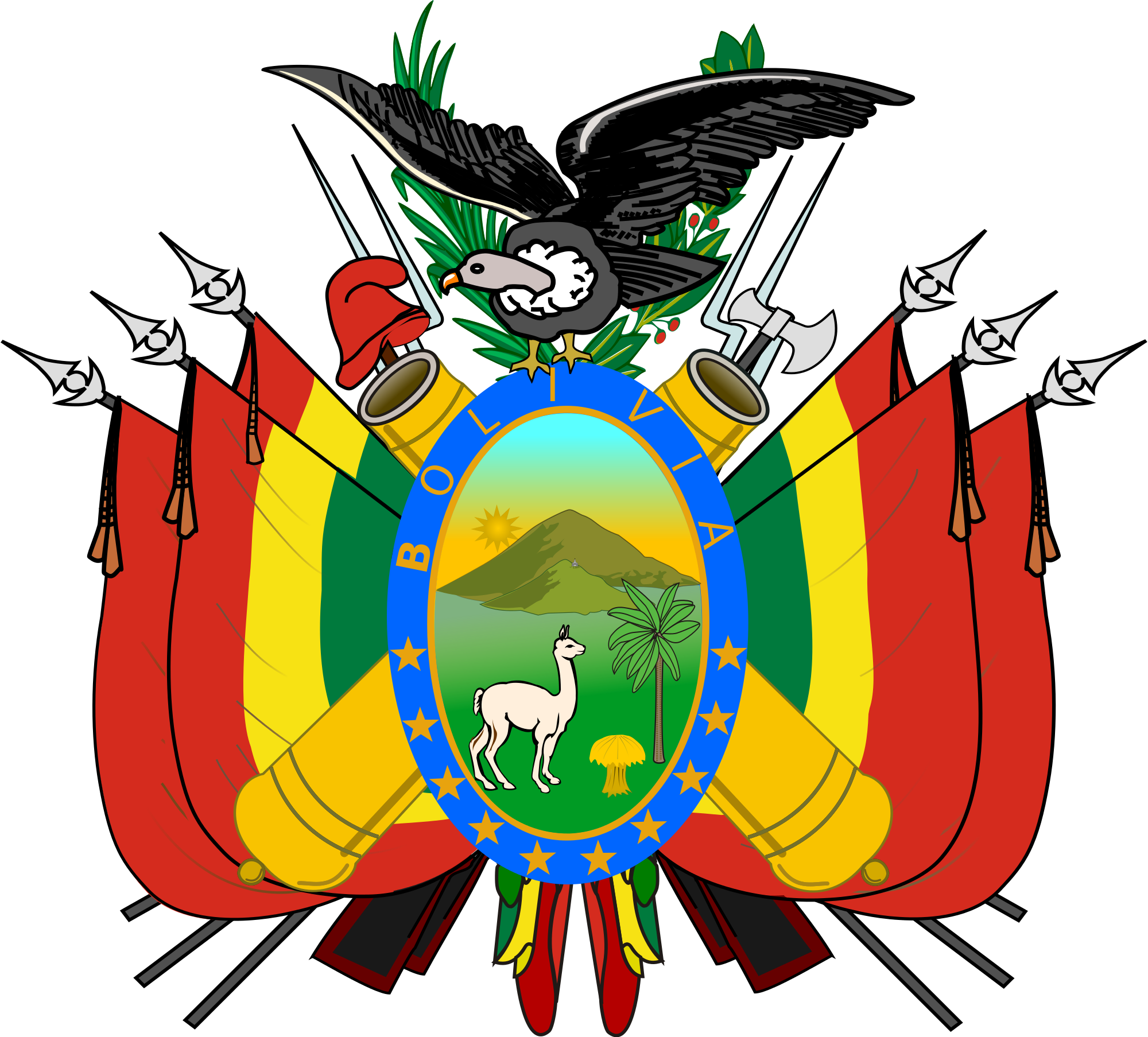 In the current form of the Bolivian coat of arms adopted in 1963. Before that, the coats of arms of the country repeatedly changed since 1825 - the date of independence of this country.

The coat of arms has the form of an oval (the shield of Italian shape)which is surrounded by the flag of the country, muskets, branches of laurel and condor living in the Andes. On the border of the oval has ten stars, as well as the name of the country, written in red letters. The stars represent the nine provinces in the country today, as well as the historical province of Antofagasta, which belongs now Chile. Border Shield - this tape, divisible into two parts. The upper part of this film has a golden color in the palette.

In the center of the oval is a picture of Mount Potosi,alpaca, wood and a sheaf of wheat. These signs indicate the natural resources of Bolivia. For the oval are guns. They signify a struggle for sovereignty. The coat of arms is seen as an ax, a Phrygian cap. This is - characters will. The branches of laurel - a sign of peace, the condor - a sign of readiness to defend the country.

The billboard depicts landscape: blue, clear blue sky, the sun shining, the mountains, at the foot of which is a house. This landscape - the personification of the weather conditions of the country, the mining sector of the economy.

History of Bolivia Coat of Arms

The first coat of arms was adopted in 1825, when the countrydeclared independence from Spain. One year later, a new coat of arms was approved, which is substantially different from the present. During the 1836 - 1839-ies. there was a coat of arms of the Confederation of Bolivia and Peru. In the center of the emblem was an image of the sea. Since 1888 the emblem image hardly changed.

Cruises on Lake Baikal. Cruises on the boat on ...