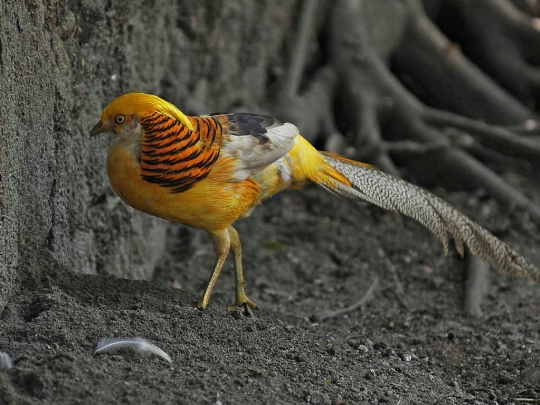 The first visitors to the zoo in Rio de JaneiroI came here in 1945. It was then in the former residence of the Brazilian Portuguese royal family opened a menagerie, which has become a popular urban tourist attraction today. The zoo covers an area of ​​14 hectares, and its guests are almost all over the world fauna.

Impressive massive gates adorn the entrance to thePark and is an architectural monument of the last century. They were donated to the wedding of Empress Maria Leopoldina of Brazil and the Prince Don Pedro de Alcantara I. Just behind them, the visitor opens the wonderful world of flora and fauna of the South American continent, widely represented in numerous exhibitions park.
Name Rio de Janeiro zoo - a synonymZoological guide, the most complete telling of tropical birds and animals. It collected hundreds of species of fauna of the Brazilian forests, including parrots and primates, toucans and anacondas, crocodiles and hummingbirds, alpacas and sloths.

One of the most popular pavilions of the park -aquarium, which recreates the atmosphere of an underwater Amazon. Predatory piranhas, dangerous alligators and boa constrictors cause multimeter visitors the most contradictory feelings - delight and danger.

Zoo in Rio is located near the stadiumMaracana in the palace and park complex of Quinta da Boa Vista. The park was divided near the manor, built in the early nineteenth century, the rich Portuguese Lopes. After independence, the Brazilian fleet was nationalized and organized it in the National Museum and the zoo. Since then, the complex on a hill above the bay of Guanabara - a favorite vacation spot and citizens and guests of Rio.
Address Zoo - Parque da Quinta Boa Vista, s / n - São Cristóvão, Rio de Janeiro - RJ, 20940-040, Brazil.
The nearest metro station Rio de Janeiro, where the Zoo just a few minutes walk - São Cristóvão.

Zoo in Rio de Janeiro is open six days aweek, except Mondays. Opening hours - from 09.00 to 16.30. During the school holidays the park is sometimes closed and later on changes in the schedule is best to learn by phone in advance.

Full price adult ticket is 10 reais, grace - half. The right to a discount, subject to production of a document with photos are:

Children whose height does not exceed one meter, and persons with disabilities are entitled to free admission.

Own the official website of the zoo in Rio is not, but he devoted a special section of the city government portal - www.rio.rj.gov.br/web/riozoo.