Home>Articles about Croatia>Airport Split: diagram photo. How to get to Split Airport

Airport Split: diagram photo. How to get to Split Airport 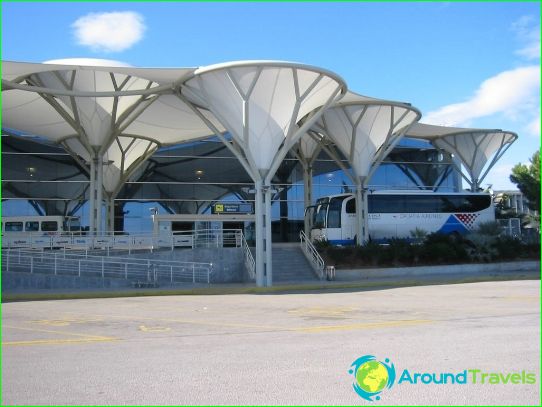 Croatian Split Airport serves the cityCentral Dalmatia, such as Split, Trogir and others. The airport is located about 25 kilometers from the city of Split. It is the second largest in Croatia, after Zagreb airport. Every year served about 1.2 million passengers. The airport serves as a major transit hub for Croatia Airlines airline. It is this airline provides air links to major European cities such as London, Amsterdam, Paris and others. Also, the airport in Split cooperating Russian airline Aeroflot, Transaero and the S7.

Split Airport is a development plan, which will run until 2015. It includes the following items:

Split Airport offers passengers allessential services that you might need on the road. For hungry passengers on the territory of the terminal cafés and restaurants that are willing to feed their visitors.
shopping zone allows tourists to buy the necessary goods, ranging from souvenirs and ending with food and drinks.
For people with children in the territory of the terminal there is a mother and child room, as well as equipped with a special play area for children.
Among the standard services at the airport it is worth noting ATMs, post office, banks, internet, luggage room, etc.
Split Airport offers a separate lounge, with a high level of comfort for travelers in business class.
If necessary, passengers can contact the clinic working on the terminal.