Home>Articles about Croatia>History of Split. The base, the development, the emergence of Split

History of Split. The base, the development, the emergence of Split 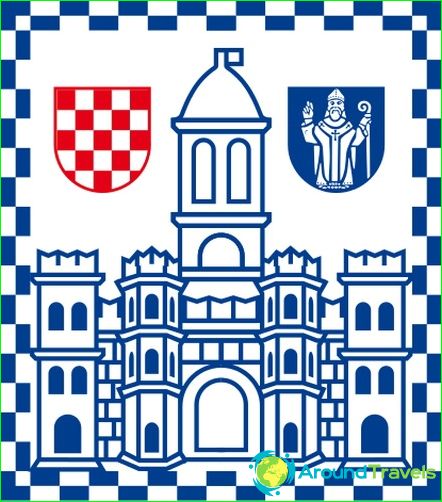 Split - the second largest city in Croatia and oneof the oldest cities in Europe. Today, located on the Adriatic coast, Split is a popular tourist destination and a major transportation hub.

In the 4th century BC Split in place there was a small ancient Greek settlement Aspalatos or Spalatos. By the end of the 3rd century in the region firmly entrenched Romans founded here the province of Dalmatia, the administrative and economic center of which was located not far from Aspalatosa Salona (ruins of the Roman salons and can be seen today in the suburbs of Split - town of Solin). The subsequent fate is unknown Aspalatasa. It is possible that in the background of a flourishing salons Aspalatas was gradually abandoned, although reliable data that can confirm this version was not found.

About 300 years BC Roman emperor Diocletian commanded to build on the shore of the picturesque bay (where once perhaps an ancient Aspalatos) magnificent palace, planning to settle there after his retirement. The works were completed in 305, and it is from this time and is officially a modern history of Split, the heart of which actually became Diocletian palace complex. Today Diocletian's palace is the hallmark of Split, and perhaps the best preserved and impressive example of palace architecture of the Roman period.

In the 7th century, the Salon in the accident and the invasionSlavs was looted and virtually destroyed. Part of the population was killed, some escaped and hid in the sea surrounding the islands, and the rest took refuge behind the walls of the old Diocletian's Palace. Salon longer and has not been restored, and its former inhabitants, who decided then to return to the mainland and settled for the palace walls. The population grew steadily, and soon the city limits have expanded, going far beyond the palace.

In the 10-11 centuries, most of Dalmatia waspart of the Kingdom of Croatia. Split same and several other coastal cities and islands de jure belonged to Byzantium, while experiencing a huge influence on the part of Croatia, which naturally could not help but reflect on the cultural development of the city. Split remained in Byzantine authorities (except for a short period in the early 11th century, when the city was voluntarily under the protection of Venice) almost to the end of the 11th century, and then came under the control of the Venetian Republic. By this time, Croatia and Hungary entered into a personal union and, of course, had a certain perspective on Split. At about this time, and begins a long struggle for the split between the Hungarian kings and Venetian dozhami. At the beginning of the 12th century Split acknowledged the supremacy of the Hungarian-Croatian crown, while maintaining autonomy. The following century, the city grew rapidly and prospered.

At the beginning of the 15th century Hungarian king soldSplit, Venice, and the city lost its independence. During the reign of the Venetians split as an important trading port was substantially strengthened. Despite numerous attempts by the Turks capture, Split, Venice remained a part until 1797. Venetian era has had a huge impact on the development of the city, making it not only an important trade and economic center of the region, but also a major cultural center.

In 1797, after almost four hundred yearsthe Board of Venice Split was dominated by Austria. In 1806, during the Napoleonic Split wars came under the control of the French, but in 1813 returned to Austria, as part of which he remained until 1918, becoming then part of the Kingdom of Serbs, Croats and Slovenes (from 1929 - the Kingdom of Yugoslavia, and since 1945 - the People's Federal Republic of Yugoslavia).
During the Second World War Split was occupiedItalian troops and repeatedly bombed. Postwar same time Split was a period of economic and demographic boom, as well as large-scale industrialization.

By the time of the proclamation in 1991 of Croatiaindependence in Split based pretty impressive garrison of the Yugoslav People's Army, which resulted in a prolonged and intense confrontation. The apogee of the city was the bombing of the Yugoslav military ship "Split". As a result, in the 90 years the economy experienced a sharp drop in Split, but by 2000 had recovered, and the city began to develop.