Coat of arms of the Dominican Republic: the photo, value, description

Coat of Arms of Dominican Republic 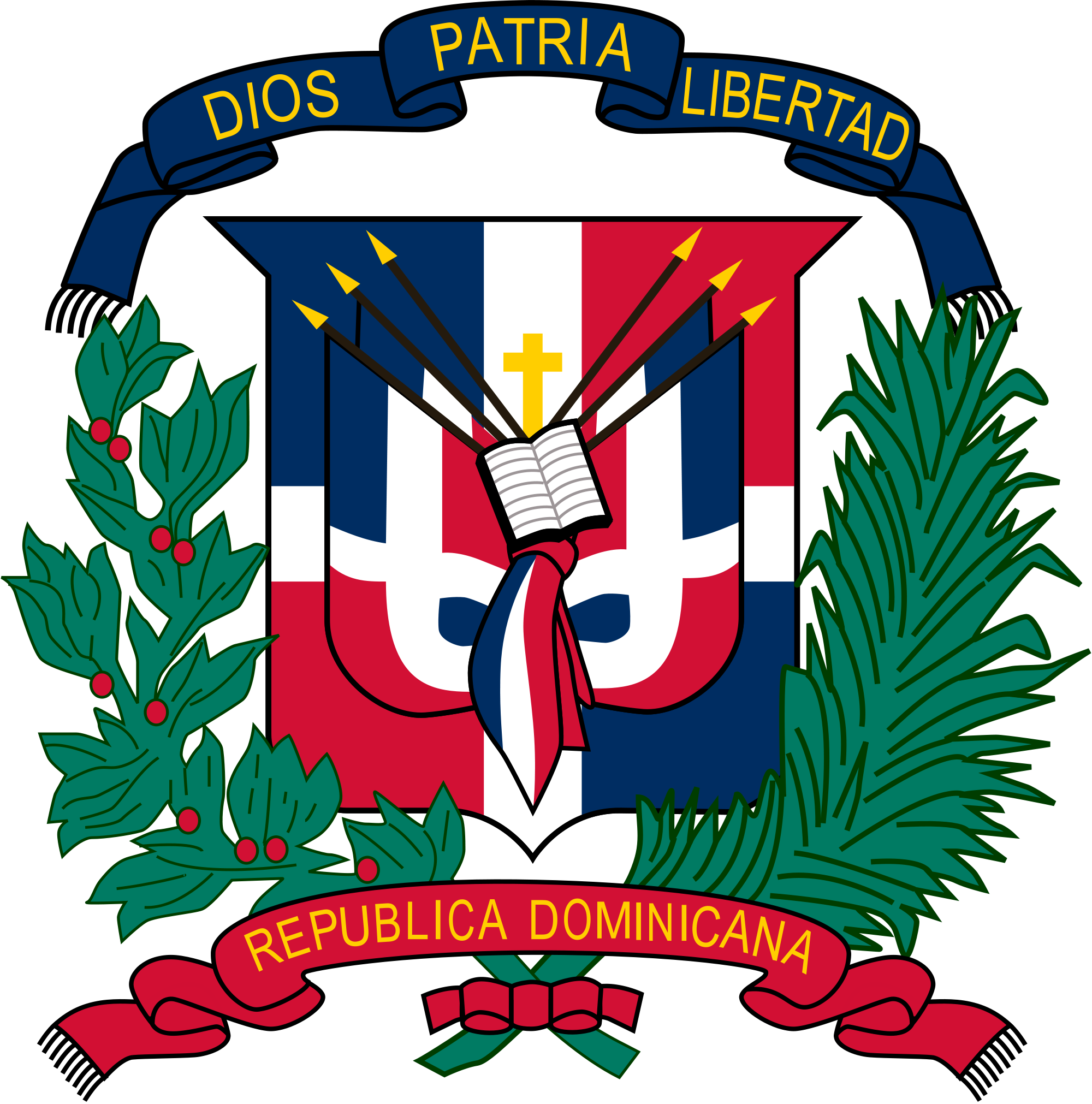 The island nation, known to fansand luxury holiday paradise also has its own national symbols. Dominica coat of arms reflects the difficult and long path that took the country gained independence before. The color palette of the main emblems - a bright, rich, pleasing the eye and the imagination.

The former colony gained independence only inmiddle of the XIX century. Emblem was approved in 1844. Then, over the next fifty years, it makes some changes. And now the people of the Dominican Republic are proud of the fact that the existing coat of arms of their beloved country looks the same as a century ago, since 1896, he has not changed his appearance.

The main parts of the old (modern) the principal symbol of the Dominican Republic are:

Each of the elements of the State Emblem of the countrycan tell a lot of the Dominicans, and the Europeans, who knows even a little history, will be able to without help unlock the secrets of the many symbols depicted here.

Elements of the Dominican coat of arms painted in bright,juicy shades. Blue, red, white, green, yellow (gold) - are the national colors, as are present in the color of the coat of arms of the state, in the traditional attire of local residents, in mythology and culture of the country.

Red - symbol of prosperity, rich, wealthylife. Blue tone is boundless sea, and the desire for freedom, the absence of borders and the external pressure. Green depicted on the emblem of the branches of laurel and palm trees. Laurel wreath was presented to the winner not only in ancient Greece, but what tree - one of the most common trees in the island, the natural value and wealth of the country. Golden tones chosen for the copies, and the cross, the symbol of the island's main religion and the treatment of local people to Christianity.

The coat of arms of the Dominican Republic there are inscriptions on a red ribbon at the bottom of the name of the country, on top of the ribbon, blue written national motto "God, Fatherland, Liberty".

Another important point - the presence of an open Bible and an opportunity to read the lines from the first chapter of the Gospel of John that the truth sets people free.

Airport Kirov: diagram photo. How to get ...