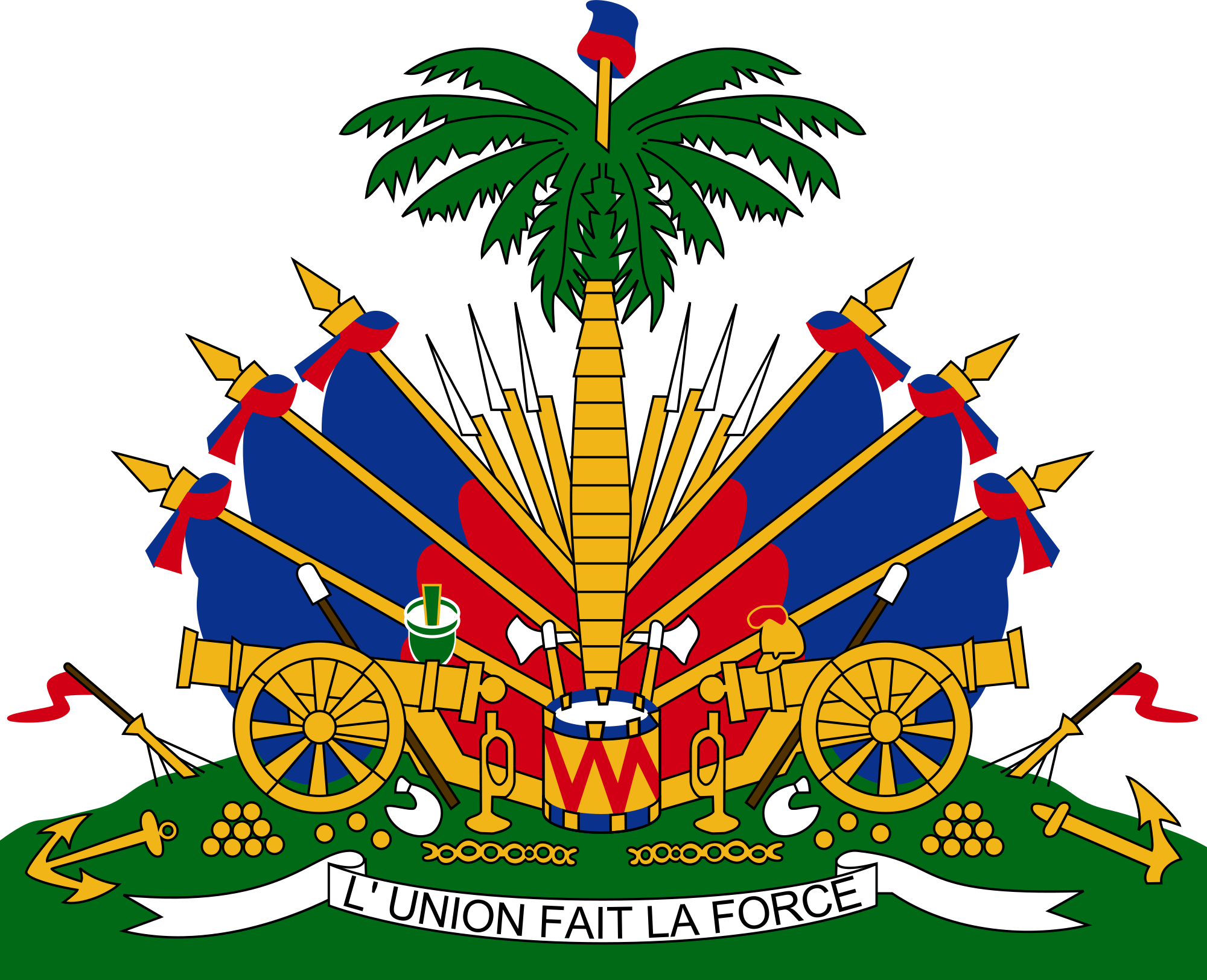 Among the main state symbols of ourHaiti coat of arms of the planet is probably the most militant. The central place it occupied a variety of weapons and objects that symbolize the spoils of war. Artists who worked on the sketch, subconsciously sought to represent the country combat-ready to defend its borders.

The history of Haiti Coat of Arms

The emergence of the state symbol is associated withthe struggle for independence from France and gaining freedom. The main achievement of the Haitian Revolution - the formation of the first republic in the world, which is headed by blacks. In addition, Haiti - the second independent nation in the Americas, after of course the United States.

The independence of the country received in 1804, and the armsIt was approved in 1807. It has existed for more than forty years, until the authorities seized General Faustin, when he referred to himself only as Emperor Faustin I.

In connection with the change of political situationthe country's coat of arms was imperial attributes, which persisted until 1859, while the country did not return again to the republican form of government. Accordingly, the coat of arms of Haiti has returned to its previous appearance, further changes were minor.

The image of the main character of the Republic of Haiti -It is a reflection of historical events, contemporary realities and expectations. Among the many details stand out: a palm tree, topped with a Phrygian cap; various weapons; fighting pipe; anchor; motto written in white tape.

Tropical palm tree depicted on the coat of arms - isEuterpe (Euterpe), it is also called cabbage. It grows throughout South and Central America. The main symbol of Haiti, it symbolizes the country's wealth.

Phrygian cap - a symbol of freedom inMedieval France, migrated across the Atlantic Ocean and take a seat on the coats of arms of many countries. But the situation is reversed with weapons, its various types gathered for the Haitian symbol. It is present and firearms (rifles, guns), and cold (axes) weapons and ammunition (cannon balls) and trophies (flags, anchors).

The color palette of the coat of arms of Haiti also pleasesvariety and brightness: the green island and feathery leaves of palm trees, blue and red colors present in the color of the flags and cap, a lot of yellow components. Crowns song snow-white ribbon with the inscription "Union creates power".