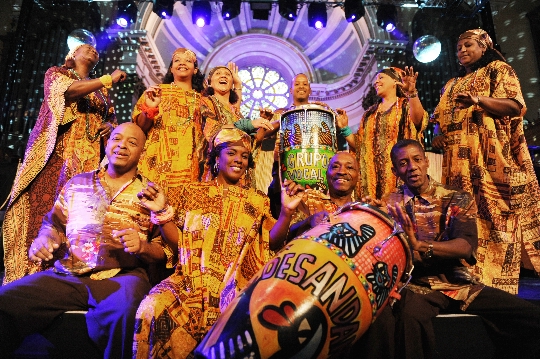 Since the discovery of the island of Hispaniola expeditionChristopher Columbus passed a few centuries, but today the Republic of Haiti is still - one of the poorest and most backward countries in the world. Luxury white beaches and squalid shacks of local poor people, voodoo cult and Catholic cathedrals, the French language as a state and illiteracy large number of its inhabitants - Haiti is truly a land of contrasts! Its name means in Creole "mountainous land", but apart from the natural beauty attract travelers culture and traditions of Haiti, where the supernatural is uniquely combined with real life.

Voodoo: cult or way of life?

The main tradition of Haiti, which even heardfar from transatlantic flights people - Voodoo cult. This African religion brought in the XVIII century the island of slaves and fused with Catholic traditions. Things reached the point that the local church does not see any contradiction between his dogmas and the foundations of voodoo, and representatives of the holidays and of other faiths celebrate together.
The main deity, according to the beliefs of voodoo, move intoordinary people and are full participants in all events. Everything that is happening in each person or family life accompanied by special rituals and ceremonies, many of which have become part of the traditions of the Republic of Haiti and culture.

Doctor, what happened to me?

Health care in Haiti is invery poor condition and was in the hospital a mere mortal here is almost impossible. Locals prefer to be treated at the wizards, which are used as healing methods the good old tradition of Haitian rum, smoking special herbs laughing, dancing with a tambourine and, as a radical measure - the sacrifice of an innocent chicken. Last it works almost certainly, but recovering prohibited for some time with anyone to see. So the wizards are reinsured by the influx of visitors, because here believe that the disease must jump into the body of the first comer.

Flag of Bhutan: photos, history, the value of the state flowers ...