Holidays in Mexico in June 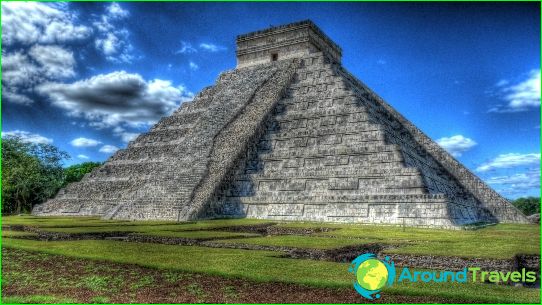 Maybe the rains will not lettourists spend an entire vacation on the beaches. But the rest in Mexico in June, may disclose the country from an unexpected quarter. It is here very kind kept national traditions, clothing, meals, dances and songs, archaeological sites and intangible culture.

The wet period, which began in May, continuesspoil beach tourist destination, choose a vacation in Mexico in June. Duration showers increases to one to two hours. But the hot weather is restored with the speed of thought. And she takes off to unimaginable for many temperature level of + 28-32 ° C.

Therefore rest in June, suitable for young and activepeople who are interested in not only the sun or sea baths, but also archeology and culture of the country. People aged and mothers with young children is better to choose another time to travel to Mexico.

Travelers in June in Cancun, one of thefamous Mexican resorts awaits Festival sharks. But not all species on the planet, and whales. These beautiful animals throughout the summer visit the Mexican lagoons and bays.

Whale sharks are absolutely safe for humans,this is what the locals want to tell travelers. As one of the main attractions of the festival - a joint human and shark diving. Go to this step can any tourist.

Mexican New Wonder of the World

In order to find new knowledge aboutcountry and impressions, you can find time to visit the ancient city of Chichen Itza, at the time of the former capital of Toltec and Mayan. To date, Chichen Itza - a grand monument of culture of ancient civilizations, rebuilt and renovated. The city annually receives thousands of tourists wanting to touch or even see the shrine.

Main roads in this holy for eachMexican place blazed to El Castillo. The essence of this architectural structure - the countdown, a kind of calendar. The real miracle observed by tourists during the onset of spring and later autumn equinoxes. Thanks to the mysterious play of sunlight and shadow creates the illusion of creeping up the steps of the snake.

Near the temple of El Caracol, performs the role ofObservatory of the representatives of the ancient civilization. Windows available in this temple, framed images of celestial bodies recorded at certain points.

Holidays in Italy in September: price ...