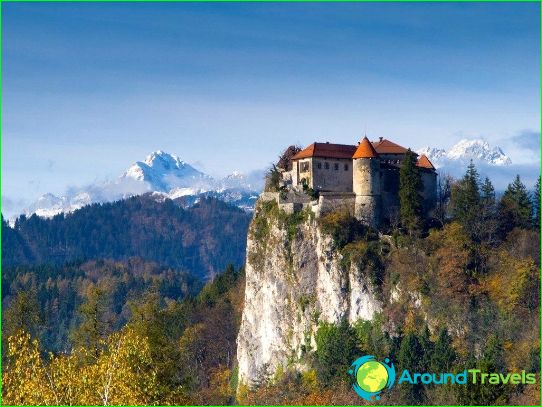 It is culture that will allow residents of Sloveniacountries stand in all political battles, and find, finally, its state - sovereign, independent and progressive. At any time the citizens of Slovenia, carefully preserved customs and traditions took care of language and writing, but because they were held as a complete, cohesive and united nation.

The book - a source of knowledge

For residents of Slovenia is an expression - not emptythe words. Of all European countries, Slovenia ranks first in the number issued to every inhabitant of books, and UNESCO granted the right to become Ljubljana in 2010 World Book Capital.
Residents say the country 8 February Culture DaySlovenia. It coincides with the Day of Remembrance of France Prešeren, a poet who worked in the style of European Romanticism. His services residents noted, including in the form of bonuses, which is presented annually for significant achievements in the field of art and culture. "Preshernova award" is one of the most prestigious not only in the country but in the whole European Union.

A variety of architectural styles found theirreflected in the heritage of Slovenia. Especially amazing seem preserved from the XII-XIII centuries examples of Romanesque architecture and a little later Gothic building. Seaside city buildings shine in the Renaissance style, which is not surprising: after all, the nearest maritime neighbor Slovenia advocates Italy with its magnificent palaces and mansions.
The main attractions of Slovenia cansee, even for a short trip, because the country is very small in size and all distances are overcome in a few hours of good roads. Without a doubt worth a visit: