How to fly from Adler to Moscow? Flight time Adler - Moscow

Articles about Adler
by Back

How to fly from Adler to Moscow? 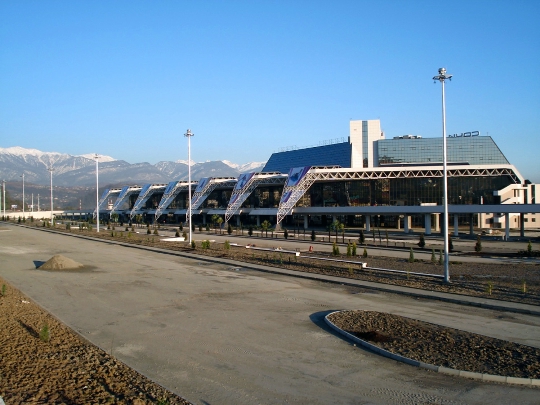 Your holiday in Adler was accompanied on the flightparachute inspection 11-meter Adler lighthouse, visit trout farms and Agura waterfalls pastime at the beach "Spark", a water park "Amfibius" park "Southern Culture", night club "X-TAZ" and "the Plaza" Skating on various roundabouts in the "Sochi-park" (there are several thematic zones) and the amusement park "Seaside"? And now you have to go to Moscow?

How to fly from Adler to Moscow a direct flight?

Adler removed from Moscow almost 1,400 km, and ityou will overcome the distance in approximately 2 hours. Airliners "Utair" will take you to the house in 2 hours 05 minutes, "Donavia" - 2.5 hours, "Orenair" - exactly 2 hours.

You do not know how many there are flights from Adler to Moscow? Count on the fact that in April-May, they will be sold at the price of 2400-3500 rubles, and in the summer months will cost from 4,200 rubles.

Planning to fly home usingconnecting flights, most likely you will be offered to make transplant in Krasnodar, Novosibirsk, St. Petersburg, Minsk and other cities. If you fly through St. Petersburg ( "Aeroflot"), it will spend on the road 14 hours (waiting dock - 7.5 hours), through Istanbul ( "Turkish Airlines") - 24,5 hours (pending you will spend 18.5 hours ), via Minsk ( "Belavia") - 28 hours (waiting dock - 23 hours), via Nizhniy Novgorod ( "UralAirlines", "Utair") - 11:00 (in anticipation of joining you will spend 6 hours), through Kursk ( "Utair ") - 17 hours (on the second flight registration will begin in 11 hours).

Sign up for a flight from Adler to Moscow youoffered at the airport Sochi Adler Airport (AER) - here you can get on the shuttle bus number 130, 131, 51. In anticipation of the voyage you can visit the shopping area, a snack in the food service areas, "get rid" of luggage, passing it in a locker, go to the Internet free wireless connection using Wi-Fi, spend time in the room mother and child, have recourse to the staff medical center.

Flight time should be spent thinking,which will allow you to finally decide whom to bestow the award of souvenirs from Adler in the form of products with Olympic symbols, honey, tea, dried starfish and urchins, souvenir figurines of dolphins and fish, herbal, Kuban wines.