Airport Anapa: diagram photo. How to get to Anapa Airport

Articles about Anapa
by Anna 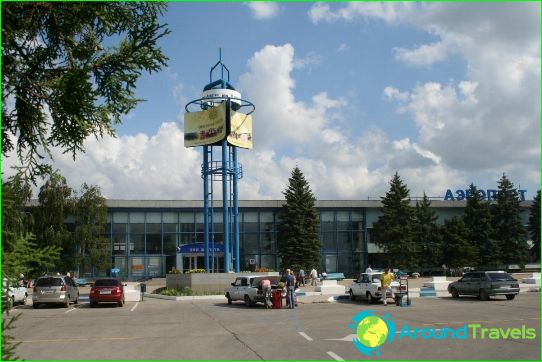 Vityazevo - Anapa International Airport,serving coastal cities Anapa, Novorossiysk and Temryuk, located 5 kilometers north-east of the w / d station Anapa, Vityazevo village in the vicinity.
The airline is in the top most importantRussian airports, and is considered to be the base for many regional carriers. The length of its runway is more than 2.5 kilometers. The airfield is able to accept any type of aircraft carrying up to 150 tons and.

The first passenger flight took to the airport1934, it was the flight Krasnodar - Anapa. And then, only in 1960 it was established regular posts in Novorossiysk, Gelendzhik, Krasnodar. Prior to this one-time only committed to Anapa flights.
In the state of the airport at that time there were about 10 people, and the Radio-flight service is the only radio station.
By the mid '60s it was built a new buildingairport runways and put into operation in the area of ​​Vityazevo village. From this period were carried out regular flights connecting the resort towns of the Soviet Union.
In 1993, the airport received international status, and the company Austrian Airlines began its first foreign airline.
It is noteworthy that in 1996 over 297 Anapaathletes paratroopers made the largest formation standing to later in the Guinness Book of Records. And at the same holiday it was made another record - the plane of the Mi-26 lifted 224 parachutist to a height of more than six thousand meters.
In 2011, after the reconstruction,airline was raised into the air the first airplane Boeing 737-400 of the company S7 Airlines, flew from Anapa - Moscow (Domodedovo), there were 125 passengers on board.

A small area of ​​an airport terminalquite comfortable and provides all conditions for comfortable passenger service. In addition to the standard set of services here there is a small store with exclusive products from «Morozko» fur and leather, a souvenir shop and a wine boutique offering wine company Kuban.
In the case of flight delays airport lounges offers extra comfort and cozy hotel.

From the airport, regular shuttle buses and taxis №3. During the summer, the frequency of motion - every hour in the winter - once a day.
On the territory of the terminal works representative of the official taxi "Kuban Express".

What to buy in Florence. What to bring out ...

Airport in Pattaya: diagram photo. How to get ...