Articles about Anapa
by Nori 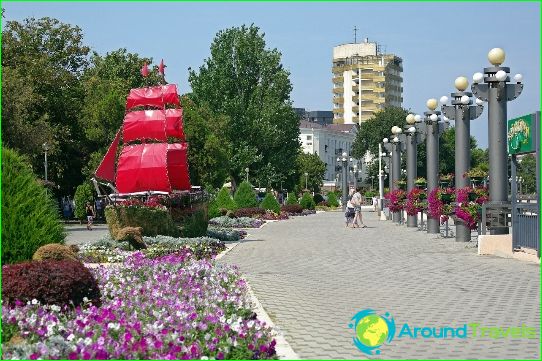 Children and adults, climatic andspa, Anapa resort - one of the most visited cities in Russia and a favorite vacation spot, where at least once in their lives visited almost every citizen of our country. For those who have taken to heart its sandy beaches and warm sea, the answer to the question whether the book next summer tours in Anapa, exists only in the affirmative.

The geographical location of the resort cityit provides a comfortable environment and pleasant weather throughout the bathing season. Beaches in Anapa pebbly and sandy, and the entrance into the water is smooth and flat, allowing resort is considered ideal for families with children, even from an early age.
The history of the resort began in ancient times,when in these places on the Black Sea settled tribes of Sind, and then - the Genoese. The subsequent history of Anapa associated with Ottoman rule in the XV-XVIII centuries and elevated to the Turkish city defensive fortress.
Spa construction began in 1866,when the first equipped beaches and resorts, and actively continued after World War II. Today, buying more than four million people each summer tours in Anapa.

How to fly from Milan to Moscow? Time ...