Articles about Krasnodar
by Anna 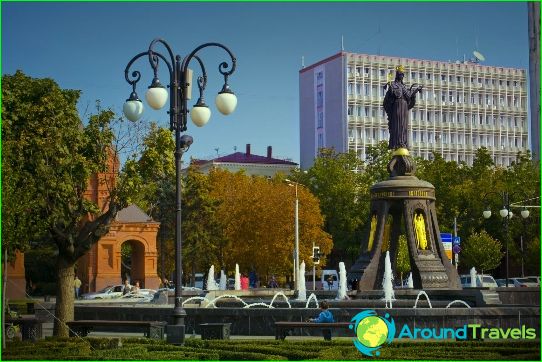 The main types of recreation in Krasnodar

Prices for tours to Krasnodar

The most favorable period for rest inKrasnodar is the April-June and September-October. It should be ready to increase the cost of the tour in May-July, approximately 30-55%. In order to purchase tours, attractively priced, is to plan a vacation in this city in September and October. In addition, pleasant delight prices for tours in Krasnodar vacationers here in the offseason.

Gathering in Krasnodar, in case it is advisable to put comfortable shoes and clothes, sunglasses and a cream, a hat or cap.

Getting around Krasnodar comfortable buses, minibuses and taxis.

The capital of Egypt: map, photo. What is the capital city in ...