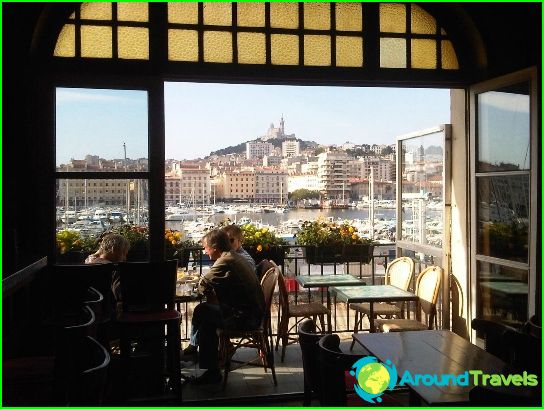 Many amazing stories can tell emblemBarcelona, ​​a city that attracts travelers with its historical sights and monuments. Yes, and the whole of Spain, and its beautiful old town can offer its guests the best vacation on the coast, rich excursions, a rich cultural program.

Such association is Barcelona's coat of arms inmany people. One look at the color photo with a picture of the main official symbol of the Spanish city, as the soul becomes very warm and sunny.

This occurs primarily because of the color palette, the selected authors. Primary colors - a red and yellow, which are surprisingly intertwined in each element.

The second point, surprising the viewer - it is verya rare form of the composition and the main symbol of the city. Firstly, the absence of the usual element - a shield, a central place on the emblem takes square-rhombus divided diagonally into four fields.

Secondly, this is quite a strange shape stampheaddress crowned kings, richly decorated with precious stones. The emergence of the crown on the coat of arms of Barcelona belong to the XVI century, when it became the main city of Catalonia. On the one hand, these territories have the right to autonomy, on the other hand, were under royal authority.

The value of the elements of the emblem

One of the important elements of stamp composition -rhomb divided into four diagonals. They have two color options (ornament), which has a symbolic meaning. One of the options - a red cross on a silver background, it is also called the cross of St. George (in Spanish - Jorge). It was this saint is the patron saint of Barcelona, ​​because a symbol associated with it, appears on the coat of arms of the city.

The second option is interesting colorsknown as "the strip of Aragon," the same pattern adorns the flag and most of Catalonia and its capital. The appearance of a color on the official symbols tells a local legend. It is connected with the name of the Count of Barcelona Wifredo I, also known under the name of Wifredo Hairy. At the time, he defended the crown and King, courageously fighting against foreign enemies (in different versions in their role were the Normans or the Moors). King, who visited the wounded hero, asked about the award, Wifredo dream had its own coat of arms. Monarch lowered his fingers into the wound and held hero or a golden shield, so the Count of Barcelona got its own heraldic symbol - golden shield with four red stripes.