How to fly from Barcelona to Moscow? Time of flight Barcelona - Moscow

How to fly from Barcelona to Moscow? 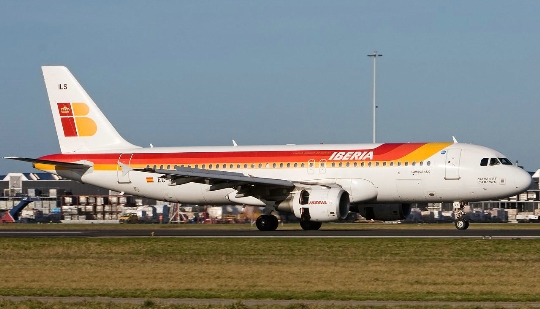 Holidays in Barcelona accompanied by pastimeon the beach of Barceloneta, windsurfing, rafting and kayaking, a visit to Gaudi House Museum, the Aquarium and the Park Güell, the Sagrada Familia inspection, tasting of Catalan cuisine, paragliding? But it is time to think about the departure to Moscow.

How to fly from Barcelona to Moscow on a direct flight?

The flight on the route Moscow-Barcelona (capitalRussia and the Spanish city separates 3000 km) takes 4.5-5.5 hours. So, with "Transaero" flight will last 5-5.5 hours, and a "Vueling Airlines" and "Aeroflot" - 4 hours 40 minutes.

Your expenses on air tickets from Barcelona to Moscow will be about 15,000 rubles, while on a flight with a transfer - 12200 rubles.

Flight Barcelona to Moscow with change

Leaving Barcelona and heading to Moscow, youYou will benefit from connecting flights - as a result you flew via Madrid, Dusseldorf, Riga, Frankfurt, London, Helsinki, Vienna or Rome (such flights can take 6-20 hours). If you are offered to fly to Moscow via Rome ( "Alitalia"), the flight duration will be 8 hours and 45 minutes if the dock is expected in Vienna ( "Austrian Airlines"), then you will land at home after 6 hours. Tip: Waiting for the flight it is advisable to go for a short tour of the city transit.

service flights on the Moscow dealsEl Prat Airport (BCN) - it separates the city center about 12 km (airport and city bound motorway and high-speed rail, and you can move on free buses between the terminals).

In anticipation of the voyage travelers will be able tocurrency exchange in specific areas, to satisfy hunger in eateries or restaurants, Wi-Fi, access to the internet, to get new clothes and souvenirs in one of the shops, and a small tour - spend time on the playground. Tip: to find his missing items, please contact the building Bloque Tecnico (the purpose of her work - search for missing items).

You will not notice how time flies spenton the plane, if you dedicate his reflections about the person to whom to present the gifts from Barcelona - sherry and wine, castanets, lace and pottery, ham, almond nougat, olive oil, figurines of bulls and bullfighters, football accessories with the names of the local clubs, souvenirs with the image of the Catalan donkey.

Taxis in Singapore - price, order. How many ...