The history of Madrid. The base development, occurrence of Madrid 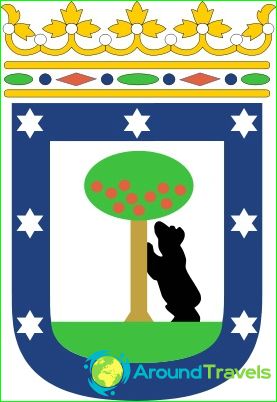 Madrid - the capital and largest city in Spain, as well as an important economic, political and cultural center of Europe. The city is located in the central part of the Iberian Peninsula on the river Manzanares.

Excavations have revealed thatthe first settlements on the lands of today's Madrid and its surroundings existed in prehistoric times. In the course of the remains of settlements of the Celtic tribe karpetanov were also discovered, Roman villas, basil and three necropolis Visigoths. However, the first written mention of the existence of the city date back to here only the second half of the 9th century, and from that moment, in fact, decided to count the history of modern Madrid.

The city grew around a fortress built by AlcazarEmir of Cordova Muhammad I in the Cape at the Manzanares River, on the border between the Muslim al-Andalus and the kingdoms of Leon and Castile, in order to protect Toledo against possible Christian incursions. After the collapse of the Caliphate of Cordoba Madrid joined the Taifa of Toledo.

In 1085, Toledo surrendered to the armyKing Alfonso VI of León and Castile, and Madrid fell under the control of Castile. Soon Madrid has received a number of powers and privileges of that, no doubt, have a positive impact on its future development and growth of political influence and economic potential.

In 1561 Philip II decided to postponecapital of the kingdom from Valladolid to Madrid, thus initiating its heyday and largely predetermined the further fate of the city. The next hundred years can be noted as one of the most intense periods of development in the history of Madrid, including its cultural growth (largely thanks to the recognized geniuses like Lope de Vega, Miguel de Cervantes, Diego Velazquez, Francisco de Quevedo, etc. ).

At the beginning of the 18th century, the throne passed to the founderSpanish line of the Bourbons - Philip V. During the reign of the Bourbons became emblematic for Madrid and the representative of the dynasty Charles III went down in history as "the best ruler" of Madrid, turned the city into a true "sample of a European capital" of the time. In this period it was based Royal Academy, Library, Observatory, as well as build a new Royal Palace, Royal factories for the production of glass, porcelain and carpets and much more. Special attention in the global building and modernization of the city was given to the lighting of streets and sewage systems.

In 1808, the city invaded by Napoleon's troops,which led to the beginning of the Spanish Revolution, which ended in 1814, the victory of Spain. The struggle for independence led to some stagnation in the development of Madrid, but during the reign of Isabella II marked his rapid growth. Major changes in the architectural appearance of the city has undergone in the late 19th - early 20th centuries.

Despite the devastating consequencesThe Spanish Civil War of 1936-1939., The economic boom of 1959-1973 gg., Went down in history as the "Spanish miracle" brought Madrid unprecedented economic growth and development of the tourism industry.

Today, Madrid is considered one of the mostbeautiful capitals of Europe with a mass of cultural and architectural attractions. One of the most popular and spectacular events in Madrid is undoubtedly tavromahii - the ancient name of the bullfight, or corrida, whose history dates back to the Bronze Age.