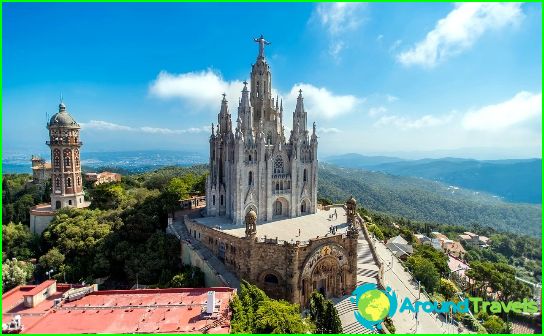 Metro map of Madrid
Metro Madrid is a system of subway lines and Metro Ligero - Skytrain in the capital and its suburbs: Arganda del Rey, Getafe, Alcorcon, Leganes, Mostoles.
The first line of the Madrid Metro has opened 17October 1919 - a 3.5 kilometer route interconnects 8 stations. Then the Madrid Metro is the first underground in Spain and the second in the Spanish-speaking world after the subway in Buenos Aires. Metro was very compact and platform length does not exceed 60 meters. After the opening of the metro began extension of the first line and the construction of the other two. In 1936, the network consisted of three lines and a railway line between the Opera and the North Station. All these stations were air raid shelters during the Spanish Civil War.
After the Civil War the work continued, andmetro network gradually expanded. In 1944, the fourth line was built. In the sixties there was a commuter rail between Piazza di Spagna and Carabanchel, she was associated with the lines 2 and 3 on the Noviciado station long transition. The fifth subway line was already a 90-meter platform. After the opening of the first section of Line 5 started changing all platforms of the Madrid Metro. Thus, the increase in platforms from 60 to 90 meters was the closing in 1966 station Chamberí ', as it might be too close to Iglesia station. Chambery 'was closed until 2008, when she began to take no passengers, and guests - to the station opened a museum.

In recent years the Madrid Metro quicklydeveloped and now in terms of growth can compete with many of the Asian Underground. In Europe, it occupies the 3rd place (after London and Moscow) for the length of the lines (13 underground and 3 Skytrain), a total length of 324 kilometers and the majority (more than 90% paths) laid under the ground. Line 326 service stations, of which 288 - the subway station and 38 - light metro). In contrast to the usual Spanish-hand road and rail traffic, the movement of trains in the Madrid Metro, for historical reasons the left. Metro Madrid was the first in the world to build two circular lines.
Metro stations in Madrid are known for their light andfinish. Colours vary between stations, but the general principle is one - uses single-colored tiles of light colors. Some of the newly built stations are different white walls, but this is not the norm.
Most stations have side platforms,Few have a central island platform in addition to the side. This system first appeared in Barcelona's subway is called "Spanish solution".


Tickets for the Madrid metro

The fare in the underground zone of Madrid. A single ticket is valid for one journey within one zone ticket for 10 trips are sold at a low price for the trip. When crossing the border zone, you must buy a new ticket for the next zone. Provided "combined" ticket, which is valid for travel between any two stations on the metro network, in addition to the airport station. However, for travel cards for 1, 3, 5 or 7 days of travel to the airport included in the price of travel.

Reserves US national, natural US reserves