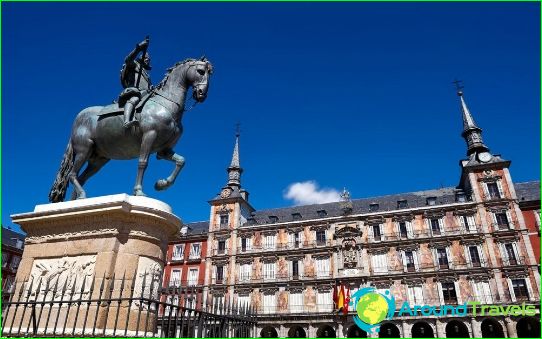 So, what excursions in Madrid should visit? First of all, you should go on a sightseeing tour, during which you can take a walk on the Plaza Mayor, the streets Alakai, Paseo de la Castellana and Gran Vía, see the fountains of Neptune and Cibeles, a monument to Miguel de Cervantes. However, this program will be only a starting point in understanding amazing Madrid.

Airport in Cairo: a diagram photo. How to get ...