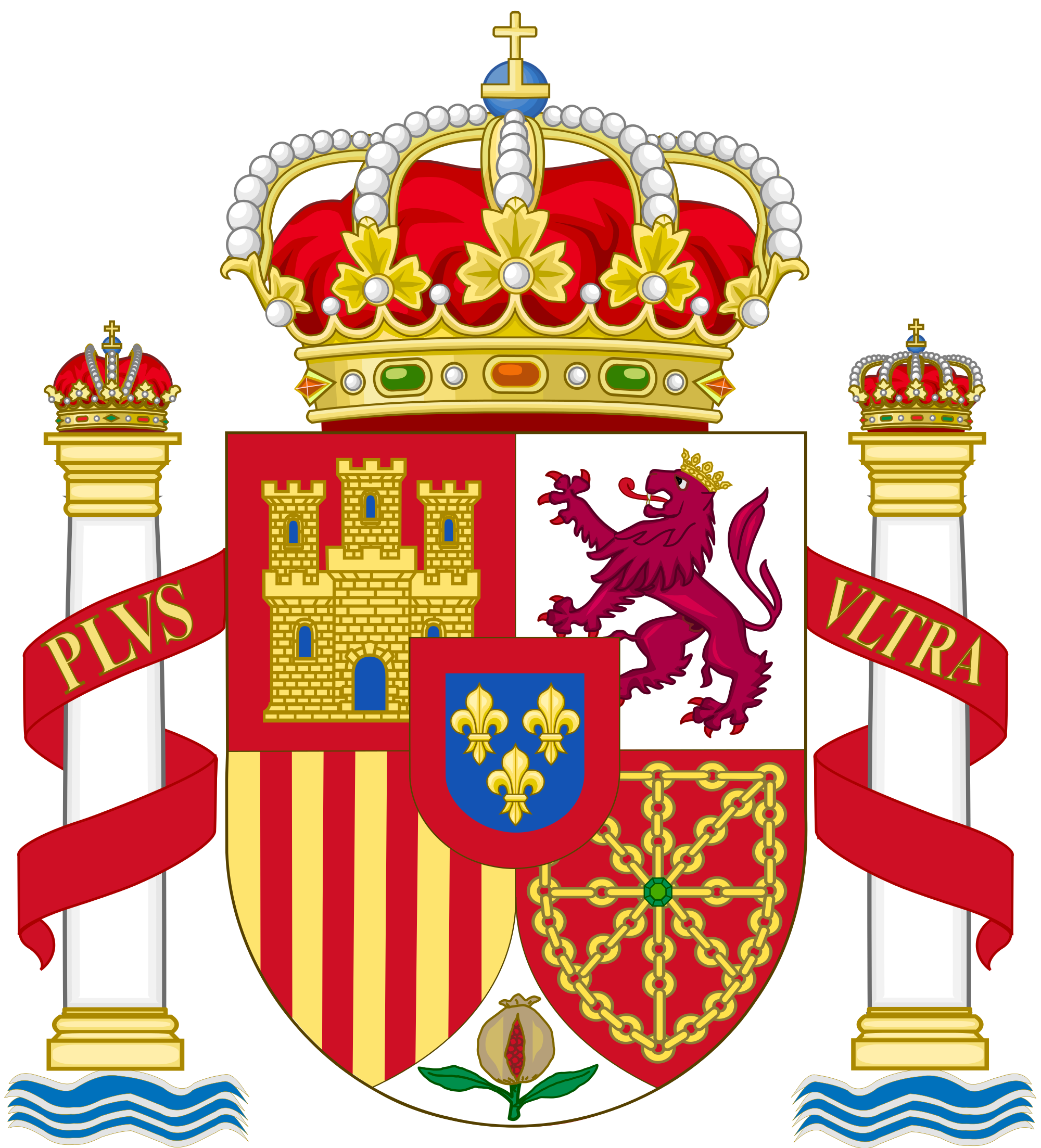 On the main state emblems of manyEuropean countries can see the historical characters, related to previous centuries. For example, the coat of arms of Spain - is the collection of coats of arms of states, which is located on its territory in the Middle Ages.

The main character of this small European country is beautiful, solemn and can tell a lot about the history of formation and development of the modern Spanish state.

A person who is interested in the history of modern Spain, will be easy to isolate the characters states that ever existed on its territory. Among the important symbols of the coat of arms stand out:

In addition to the signs telling of the medieval Spanish countries and regions, on the arms and other symbols are depicted, and they laid the main location.

The centerpiece of the coat of arms of Spain reservedRoyal Office. Firstly, there is an oval-shaped shield on which are painted lily - symbols of the royal family. In this case they act as representatives of the branches of the Angevin dynasty of the Bourbons, that it belongs to the royal family and, of course, the king himself. Flowers golden color are represented on an azure field. Secondly, since Spain is a kingdom without the crown - the main symbol of the monarchy - it would be impossible to do. It is crowned by a coat of arms and on the sides of his columns are available - a reminder of the pillars of Hercules, as Gibraltar was called before. In ancient times it was believed that there is end of the world, it is not the Spanish explorers overcame his fear and went to open the distant overseas countries.

With the Spanish sailors connected with the history,which affects the motto depicted on the emblem of Spain. The original inscription in Latin, there was - «Non Plus Ultra», which could be translated as "any longer." I had to quickly make changes to the motto as interesting Christopher Columbus boldly sent ships out to sea and found the promised land, though not India, and America.

The inscription has changed visually small- Gone the first word, but the meaning has changed dramatically. Now the Spanish coat of arms and motto «Plus Ultra» state, which translates as "there is no limit to people looking, dreaming, doing".