The national drink of Spain. Alcohol in Spain: prices, export, the export rate of alcohol 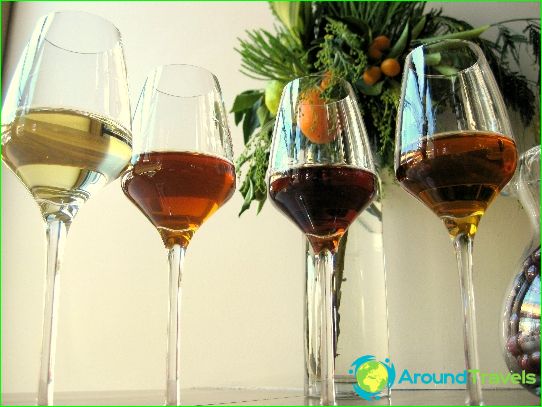 Holidays in Spain surprisingly diverse. The country has to offer the curious traveler and sunny beaches and snow-covered ski slopes, and, of course, the tasting of the best dishes of its excellent cuisine. At the same time, any Spanish meal is certainly accompanied by a wine whose grades in the country in the Pyrenees there are so many. Best drinks in Spain - sangria and sherry and bring them as gifts to friends and family - a great idea when choosing a gift.

When crossing the Spanish border in bothdirections important to adhere to customs regulations, providing for restrictions on the number of imported alcohol. Do not take with you on vacation more than a liter of strong alcohol and more than two - of wine, all the more so for such products prices in Spain are much lower than in Russia. Fans can buy soft drinks there are excellent specimens of tablespoons, dry and fortified wines at prices not exceeding 5 euros (as of 2014), and supporters of spirits will not fail to seize the opportunity to try the excellent whiskey or brandy, no more than 20 euros a bottle. Removal of Spanish drinks are virtually no restrictions. One only has to take into account import customs rules at home.

The national drink of Spain

Choose among the variety ChiefSpain national drink - is not easy. On this honorary title claimed by both sherry and sangria and wines that have their own taste and color in each province. They are supplied to the table and the Spanish produce exports to almost sixty-regions, each of which faithfully observes produced by centuries of tradition and technology.
And still the main wine here - a sherry, whosehomeland - the eponymous town in the southwestern region of Andalusia. Fortified Spain national drink made from white grapes, depending on the exposure period and other conditions of preparation is divided into several types:

In Spain, it made wine to accompany anyevent, but because each table is always decorated with all sorts of cocktails, liqueurs and aperitifs. Cool off in the heat helps the pitcher of sangria ice and find common ground with the locals - a good glass of sherry, after which swept language barriers and political preferences are not significant.

Airport in Budva: diagram photo. How to get ...