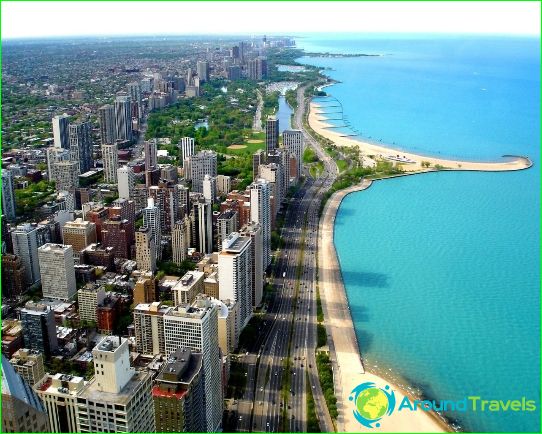 The biggest resort town of United StatesAmerica relies on tourism as an important part of its economy. Relax on the beaches of Florida, hundreds of thousands of travelers in a hurry, leaving in the local cafes, shops and parks of millions of dollars in entertainment. the resort's popularity is due to the fact that the tourist season never ends in Miami. On its beaches is always a summer, and the water temperature even in the New Year's Eve lets you swim with comfort.

Miami is one of the world capitals of the cruise,but from its moorings daily depart dozens of huge white liner. All the islands of the Caribbean Sea, and dozens of places in the Americas are available for travel on board the ship. The cruise season lasts all year in Miami and its features depend only on the climatic conditions in the countries where the handsome ships depart.

Miami - a city of eternal summer. The climate in this region is called the rain with strong monsoon periods. The proximity of the Gulf Stream the weather allows, even in the midst of the calendar winter delight guests with the warmth of the resort. The most favorable time for a beach holiday in Miami - spring and autumn.
The first wave of the "high" season starts in Miamiin late March. The air temperature is close to 27 degrees, and the sea water warms up to +25. A pleasant and comfortable weather without extreme heat is on the beaches of Florida to the beginning of July, when the sun pushes the thermometer marks 35 degrees to the air and 29 - in the water.

When to fly to Miami?

In June begins, and a pronounced periodthe rainy season, which lasts until mid-October. It is characterized by high humidity and stuffiness that does not allow people with medical problems and diseases of vascular and respiratory feel comfortable. But the heat during the rainy season is mitigated by breezes coming from the Atlantic, and even in the height of summer, you can choose when staying on the beach will bring pleasure.
Fans of the winter holidays and vacationsaway from home can use this season in Miami, to a change of scenery and spend a couple of weeks under the Florida sun. Thermometer shows in January is usually about 22 degrees in the shade and the wind in this period pleases heat. The water temperature on the beaches of Miami is in the winter air temperatures, posing the possibility of a pleasant and comfortable stay for travelers with children and tourists of the golden age.

The season in Brazil. When the holiday season ...

Season in Odessa. When the holiday season ...